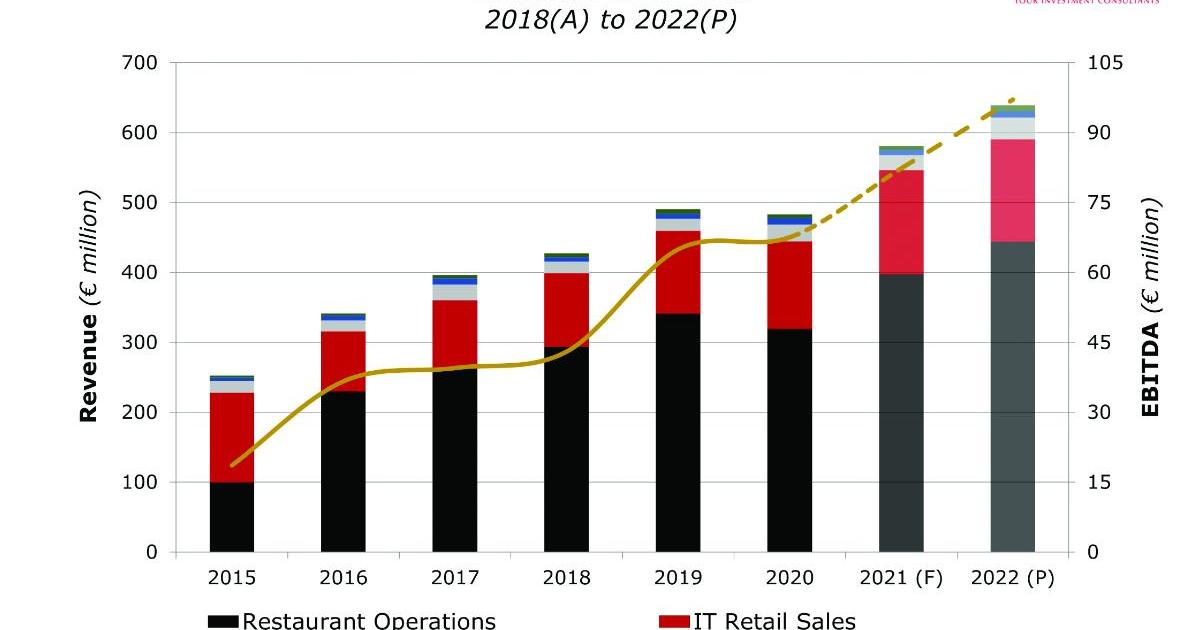 After its large bond issues in 2018 and 2019, Hili Finance Company plc recently launched its third bond for a total amount of €50 million which was fully subscribed in a very short time and closed last Thursday.

Since Hili Finance is a special purpose financing vehicle for Hili Ventures Group, with all three bonds guaranteed by Hili Ventures Ltd. In turn, Hili Ventures Ltd is the parent and holding company of the group with three main operating subsidiaries – 1923 Investments plc, Hili Properties plc and Premier Capital plc, all of which have financial instruments listed on the main regulated market of the Malta Stock Exchange.

Hili Ventures is Malta’s second largest bond issuer (after Corinthia Group) with a total of €308m in issuance. In addition, in recent years the group has also tapped into the equity market through Harvest Technology plc and Hili Properties plc.

Hili Ventures has become one of Malta’s largest conglomerates following a highly successful international expansion strategy. It has made several acquisitions in various economic segments including technology, energy, transportation and logistics, and fast food. Nevertheless, despite the great diversification in terms of economic segments and geographically, most of the revenues and EBITDA generated by Hili Ventures (which are expected to exceed €580 million and €82 million respectively in 2021 and reach €638 million). euros and 97 million euros in 2022), stem from the operation of McDonald’s restaurants via Premier Capital, mainly in Romania.

The recent prospectus indicates that the restaurant operations should have generated just under 397.5 million euros in revenue in 2021 (+24.6% compared to 2020). Although the prospectus does not provide the sector breakdown of EBITDA figures across the group, Premier Capital plc’s financial analysis summary published in mid-2021 revealed projected EBITDA of €64 million for 2021 on the basis of a turnover of just under €393. million.

Updated figures for 2021 indicate a slight improvement in overall revenue generation from the restaurant business. As has been evident in recent years, the bulk of this business segment’s profits come from the extensive restaurant portfolio in Romania, accounting for around 80% of the pre-tax profits generated by Premier Capital.

The acquisition of the McDonald’s franchise in Romania in 2016 was undoubtedly a turning point for Hili Ventures. Revenue from restaurant operations through Premier Capital is expected to register further growth of 11.7% in the current financial year to December 31, 2022, to just over €440 million (69. 5% of total group revenue).

The company aims to add more restaurants, particularly in Romania and Greece, given the low penetration rate of the McDonald’s franchise in these two countries.

On the other hand, although Harvest Technology plc’s operations are smaller in terms of revenue generation, they contribute around 30% of the EBITDA generated by 1923 Investments thanks to the healthy profit margins of the electronic payments division. of the company.

The real estate division ‒ Hili Properties ‒ is a minimal contributor to the group’s overall revenue and EBITDA considering the size of the other business segments. Nonetheless, Hili Properties’ revenues are expected to increase by almost 50% in 2022 to €8.4 million, likely following the recent conclusion of a property acquisition in Lithuania.

The COVID-19 pandemic has provided ample evidence to the investment community of industries that have been significantly impacted, those that have shown strong resilience, and others that have seen a positive impact due to the changing consumer habits.

Hili Ventures’ financial performance over the past two years clearly indicates very strong resilience during the pandemic, with the group’s revenue down only 1.5% in 2020 to €483.2 million, but rising then to more than 580 million euros in 2021, thus easily exceeding the 2019 figure of 490.6 million euros.

Due to the large amount of loans contracted in recent years, it is important to measure the group’s level of indebtedness. While Hili Ventures is highly leveraged from a capital structure perspective with an estimated net debt of €349 million (including lease liabilities amounting to nearly €90 million) at the end of 2021 by Compared to shareholders’ equity of 155 million euros, the group’s debt is more contained when analyzed from the angle of cash flow and profitability.

In fact, given the commercial nature of the business, the multiple of net debt to EBITDA is a better measure of leverage. This multiple is expected to drop to 4.3 times in 2022 (which essentially means that it will only take Hili Ventures just over four years to pay off its total debt from its cash earnings if net debt and l EBITDA are assumed to remain constant in future years).

Similarly, interest coverage is expected to improve to 4.5 times in 2021 and 2022 from less than four times in previous years. Another important observation, Hili Ventures plans to generate 45 million euros of free cash flow in 2022.

These steps are also significant given upcoming plans for the Comino Hotel and Bungalows project which was due to be completed by 2024.

In addition to the potential funding needs of some of the upcoming expansion plans, Hili Ventures is expected to maintain an active presence in the capital markets, as in each of the years between 2024 and 2029, the €308 million bond issued are all due to mature.

Hili Ventures Group’s use of capital markets has been instrumental in enabling the company to pursue its successful international expansion strategy, as evidenced by the significant profitability generated even during the pandemic.

Rizzo, Farrugia & Co. (Stockbrokers) Ltd, “Rizzo Farrugia”, is a member of the Malta Stock Exchange and licensed by the Malta Financial Services Authority. This report has been prepared in accordance with legal requirements. It was not disclosed to the company(ies) mentioned here prior to publication. It is based on public information only and is published for informational purposes only and should not be construed as a solicitation or offer to buy or sell any securities or related financial instruments. The author and other relevant persons may not trade in the securities to which this report relates (other than the execution of unsolicited client orders) until the recipients of this report have had a reasonable opportunity to Act in consequence. Rizzo Farrugia, its directors, the author of this report, other employees or Rizzo Farrugia on behalf of its customers, hold interests in the securities mentioned herein and may at any time make purchases and/or sales in them. ci as principal or agent, and may also have other business relationships with the company(ies). Stock markets are volatile and subject to fluctuations that cannot be reasonably predicted. Past performance is not necessarily indicative of future results. Neither Rizzo Farrugia nor any of its directors or employees accepts any responsibility for any loss or damage arising from the use of any part of it and no representation or warranty is given as to the reliability of the information contained in this report.

Independent journalism costs money. Support Times of Malta for the price of a coffee.

PPP fraud can be identified, tracked on a website created by a software engineer