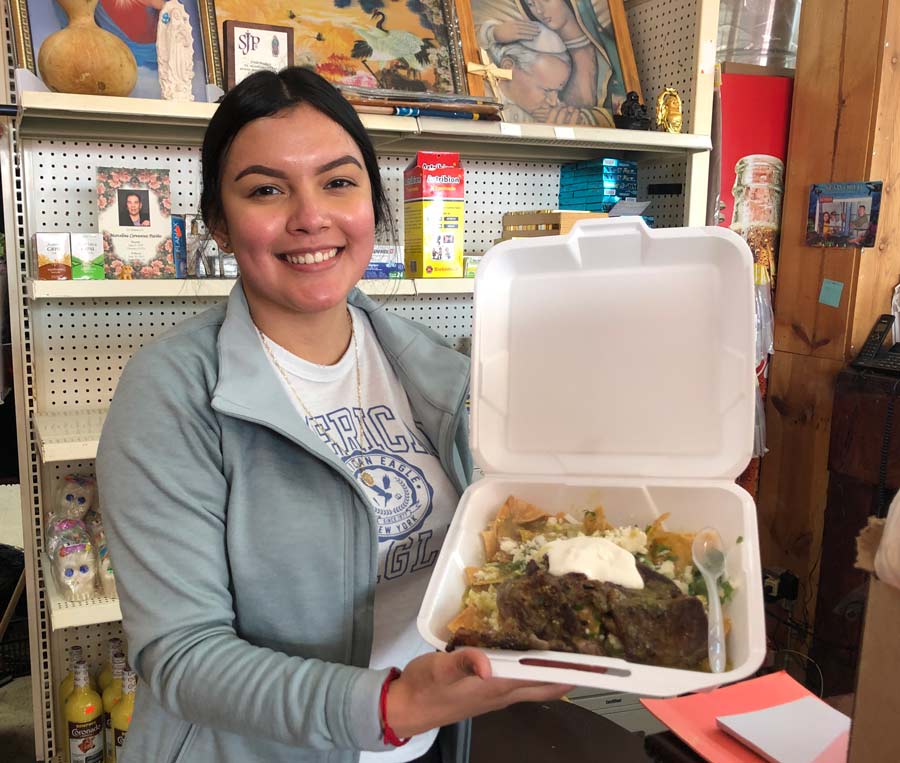 Biz Buzz: Opening of a grocery store and a Mexican restaurant in Shelley

Do you want to know what’s going on in the eastern Idaho business scene? We have what you need. Here is an overview of this week’s economic news in the valley.

After 10 years of operation, the local Mexican market opens in a new location

El Chuy Market was named in honor of the owner’s grandfather, Jesús Rodriguez. (Chuy is a nickname for Jesús.) It opened in early December at 126 South State Street. The business is a deli/restaurant/meat market that offers a variety of authentic Mexican dishes, snacks, beverages, produce and other groceries.

Store and restaurant manager Juvia Patino told EastIdahoNews.com that they’ve enjoyed seeing a bunch of new faces since opening in the new location.

“We were originally in Idaho Falls, and a lot of people came to see us here. It was nice, really peaceful, really welcoming,” Patino says.

Juvia says the move stemmed from a desire to try something new in a building they owned, rather than continuing to rent space. They closed the Idaho Falls store in November before buying the building from Shelley.

Juvia’s parents, Roy and Clemencia Patino, opened the business on Shoup Avenue in downtown Idaho Falls around 2012 after immigrating to the United States from Mexico.

“My mom always loved cooking and my dad always loved being in business,” says Juvia. “They wanted to bring a piece of Mexico, the life they knew and the food they loved, here.”

The Patinos are from central Mexico and came to the United States about five years before opening the business. They lived in several states, including Utah, but eventually ended up in Idaho.

Juvia, 22, has been involved with the business for eight years. She describes her parents as hardworking people who sacrificed a lot to carve out a life for themselves and provide her and her siblings with opportunities they never had.

They are eager to win new customers and see the business continue to grow.

AMMON – Pearl Health Clinic in Ammon is hosting a free health fair and blood drive on Martin Luther King Jr. Day, and the staff are asking for your support.

The US Congress designated MLK Jr. Day as a National Day of Service in 1994. The African American Alliance of Idaho Falls had a great response to its blood drive last year. In response to this and the nationwide blood shortage, clinic workers decided that a blood drive was the best thing they could do to help.

Pearl Health Clinic has access to many community resources that many people can benefit from. Event organizer Colin Waters says the health fair will give volunteers the opportunity to connect those in need with these resources.

RIGBY – Tenille Byington has seen a steady stream of customers since opening her floral shop at 174 East Main Street in Rigby several months ago. She does a lot of custom arrangements for all occasions, which she says sets her boutique apart from others. She’s done similar projects away from home for years, and opening a business seemed like the natural next step. EastIdahoNews.com will publish a more in-depth story soon.

REXBURG – When The Standard Journal moved from its building at 23 South 1st East several months ago, John Stevens thought it fit well with his business concept. He and his partners were looking for a place to open an electronic game store, and the abundance of power strips was one thing that appealed to them. Together they opened Blue Light Lobby in October. Stevens says it’s a good start, but a lot of people don’t know it’s open yet. A story emphasizing the specifics of the company and what it does will be published soon.

IN CASE YOU MISSED IT…

Gas prices in Idaho drop 2 cents, but US average is up

Bed Bath & Beyond closes 37 stores including one in eastern Idaho