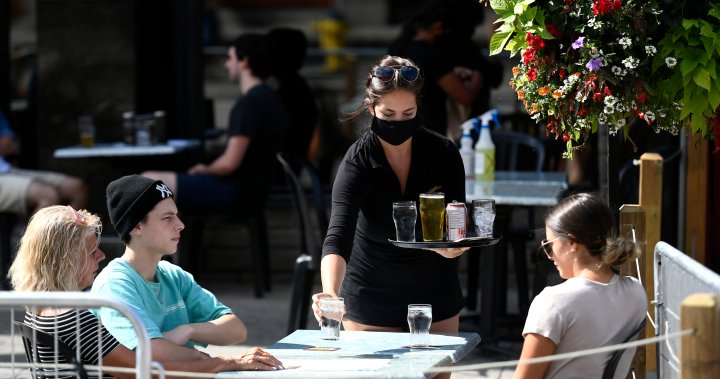 When a fried chicken chain opened its first restaurant in Atlantic Canada, it was so popular it had to reduce its hours of operation.

The Popeyes Louisiana kitchen, which opened a few weeks ago in a suburb of Halifax, has reduced its hours due to high demand which left staff scrambling as customers lined up for hours.

“Due to industry-wide staffing issues, the store is open one hour less than before,” Popeyes spokeswoman Emily Ciantra said in an email.

“The restaurant aims to return to its usual hours in early June.”

As inflation soars, Canadians are finding creative ways to save and cut costs

The bizarre case of a restaurant so popular it had to close early underscores a pervasive problem facing restaurants in Canada: a labor shortage.

“The new Popeyes that opened actually had to … cut their hours just to give their employees a rest,” said Gordon Stewart, general manager of the Restaurant Association of Nova Scotia.

Restaurants across the country are cutting hours and condensing menus as ongoing staff shortages and soaring costs threaten to derail the industry’s comeback after crushing pandemic restrictions.

The decision by many restaurants to scale back operations comes despite an upturn in business as diners return to restaurants in full force.

“Customers are back. But when you don’t have staff to work all shifts, you start cutting hours,” Stewart said.

Inflation calculator: how does rising prices affect your personal finances?

“There are very few restaurants now that operate seven days a week and full hours.”

Canada’s restaurant industry has been hit by two years of closures, repeated layoffs and strict capacity limits. About 13,000 restaurants across the country have closed permanently.

The situation caused an exodus of workers from the sector as people sought more stable incomes, changed fields or returned to school. Canada has also welcomed fewer immigrants during the pandemic, newcomers who sometimes find work in the restaurant industry.

2:01
Sticker Shock: Facing the rising cost of inflation in Canada

Sticker Shock: Facing the rising cost of inflation in Canada

As the lucrative patio season heats up, the restaurant industry expects vacancies to reach 210,000 across the country by this summer, said Olivier Bourbeau, vice president of Federal Affairs at Restaurants Canada.

“It’s extremely difficult for restaurants to find staff,” he said. “We just don’t have enough workers.”

Job openings abound throughout the industry, in both fast food and full-service restaurants.

But the problem is more acute in kitchens.

During the pandemic, some restaurateurs have blamed government subsidies for understaffing, but the current shortage suggests a longer and more complex problem. Some industry workers said long hours, unstable schedules, low wages and grueling conditions _ especially in a hot and busy kitchen _ are to blame.

1:51
Bank of Canada predicts average inflation outlook of nearly 6% in first half of 2022

According to Statistics Canada, the annual inflation rate reached 6.7% in March, while the cost of food – a key element for restaurants – increased further, the prices of dairy products, pasta, meat and of cooking oil having all skyrocketed.

“From gasoline to steak, everything went crazy,” Stewart said. “Costs are rising in all areas.”

‘Perfect storm’ is fueling inflation, but ‘it’s not the 1970s’, Bank of Canada deputy minister says

Some restaurants are eliminating less profitable meals like breakfast or lunch, offering fewer items on the menu overall, and closing on slower days of the week to reduce waste. Others offer smaller portions, redesign the so-called “center of the plate”, usually beef, chicken or fish, or even simply order less food at a time.

“If you don’t sell something by its (expiration date), it’s gone, you have to throw it away,” Stewart said.