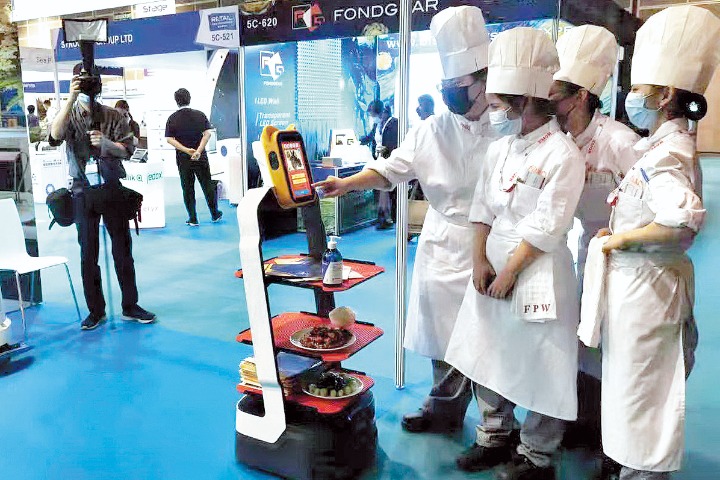 It may exist in the imagination of many that instead of searching for certain books on its own, a robot will lead library visitors to where the requested books are stored.

But that fantasy is now a reality at a public library in McKinney, Texas, USA, with Chinese robots playing the central role.

Local McKinney media recently reported that two smart new ‘friends’ were introduced to their colleagues at the McKinney Public Library, claiming the library had programmed the robots to act as guides during peak hours and to respond to requests. assistance to library visitors.

The robots are entirely designed and manufactured by Chinese high-tech company Orion Star, an artificial intelligence company founded in September 2016 in Beijing.

The two little helpers are part of the company’s series of AI delivery robots, he said.

Orion Star said the robot series is designed specifically for restaurants and the two library robots have been tailored to the needs of the library, providing information and helping to keep things tidy by putting books back on the shelves when readers have finished reading them.

“Chinese service robots have a great chance to serve the world because we have a complete hardware supply chain and a large number of talented engineers and product managers,” said Fu Sheng, chairman of the company.

According to the robot industry development plan of the 14th Five-Year Plan (2021-2025), China will become a hub for global robot technology innovation and high-end robot manufacturing.

Orion Star is stepping up cooperation and market share efforts in overseas markets, especially European countries and the United States.

According to the company, it shipped more than 35,000 robots in the first half to global customers.

Its leading restaurant product series – Lucki – can greet customers at the door, usher them in, and offer discounts and food recommendations. The robot can even hum a song and shuttle between tables to serve meals.

Lucki robots can serve 400 to 600 dishes a day, the company said. In other words, the original job of two to three full-time servers can be solved by a Lucki throughout the day.

Catering companies such as Haidilao and Dadong have also introduced such robots in many of their restaurants.

Orion Star said it has completed another round of funding and will launch a key new product later this year.