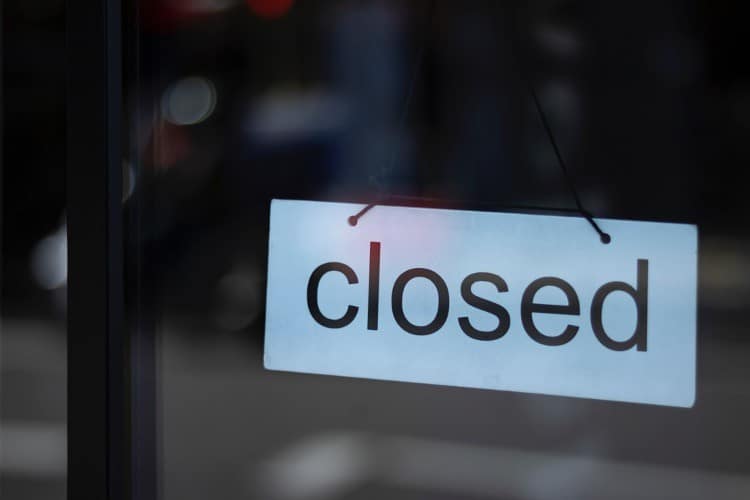 A veteran-owned restaurant in Washington, DC, has been closed by the city after owners served guests without asking them about their COVID vaccination status. Restaurant owners were also “guilty” of not requiring their staff to wear masks.

Last Friday, the Big Board had its liquor license suspended by the Liquor Control Administration after it was determined the establishment “violated public health guidelines.” According to a FoxNews report, the owners did not mandate mask-wearing for employees and did not check guests’ COVID vaccination cards.

Speaking to Laura Ingraham on Monday, restaurant co-owner Eric Flannery said he was not complying with the guidelines because they “didn’t make sense”.

For example, Flannery did not want to treat servers as “second-class citizens” by imposing masks on them. It was “ridiculous,” he said, because guests don’t wear them to eat and drink.

Puzzled, Flannery added that he never thought a policy banning people from going to places would ever be implemented in the United States.

“I never would have thought that in the capital of the United States of America it would be somewhat controversial to open a bar where everyone would be welcome,” he lamented.

On Tuesday, the city doubled down on its actions against the rebel venue and ordered it to shut down completely.

Washington Examiner predicts that between Jan. 14 and 18, the restaurant received a verbal warning, a written warning, and two separate $1,000 fines for not enforcing the city’s COVID dictates, according to data from the Administration of the regulation of alcoholic beverages.

Flannery said he plans to appeal the city’s decision, according to the outlet. He said: “When people asked me, ‘What are you going to get on the other side of this?’ I do not know. I just know that I’m doing the right thing.

“I’m incredibly proud…and I’m very supportive of who he is. [Flannery] do because he says, ‘My personal freedom is worth the fight even if I lose my business.’ And he’s not giving up, he’s going to fight. It’s a big decision…I’m proud the owner didn’t show up,” Senator Paul told The Daily Caller.

Senator Paul has previously lambasted Capitol Hill’s top Republican club for caving in to the city’s COVID mandates. “I will not be a member of any club that accepts an obligation to reveal your medical records,” Paul noted January 21.

Representative Massie defended the right of owners to protect their business. “It’s their livelihood, and I think every person has to push the ability of their means,” he said.

Representative Spartz praised Flannery for defying orders “Soviet style”. She tweeted“Great to meet Eric from @thebigboarddc which is shut down because it refused to give in to DC’s Soviet-style vax ID warrant. We applaud your fight for freedom, Eric! Great burgers and company!”

The Daily Caller’s Senior Congressional Correspondent Henry Rodgers has launched a GoFunMe page to help pay “Big Board fines. So far, the campaign has raised more than $30,000 for the company which believes “everyone is welcome”.

“As has always been the case for us, everyone is welcome. This rule applies yesterday, today and tomorrow. Hope we see you on January 16,” The Big Board tweeted one day before the city’s COVID mandate takes effect.

Like The New American previously reported, Democratic Washington, DC, Mayor Muriel Bowser issued the mandate on Jan. 15, ordering all interior businesses to require customers 12 and older to provide proof that they have received at least a dose of COVID-19 with a government-issued ID. The ordinance also requires masks to be worn indoors at all times, only to be removed while eating or drinking.

Asked about the Big Board shutting down, Bowser said she didn’t “want to shut anyone down.”

She added: “We want to give people support, advice, supplies, help, whatever they need, but we need them to follow the regulations.”

WUSA-TV reported that many other restaurants in the area are quietly ignoring the vaccination card mandate. Half of the establishments visited by the undercover journalist did not check his vaccination status.