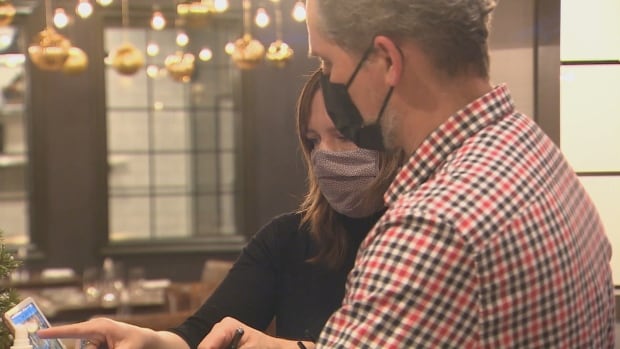 Deposit on a restaurant reservation? It could cost you soon

For the owners of RGE RD in Edmonton, taking reservations was not the problem, but keeping them was.

More and more, the same scenario played out on weekends: the little restaurant’s notebook filled up a week in advance, but on Friday and Saturday five groups on average canceled at the last minute or did not show up at all. .

After months of thinking, co-owner Caitlin Fulton borrowed an idea from restaurants in major cities, and in October, she began charging a $ 10 per person deposit for online weekend reservations.

The setback she feared from customers never materialized and the policy worked, almost eliminating no-shows.

“It’s one less stress,” she said, “and we’re not turning people down.”

No-shows and last-minute cancellations have long plagued the restaurant industry, but that may soon change. Several Edmonton restaurant owners told CBC News this week that the pandemic has placed restaurants in more dire financial straits than ever before, motivating them to finally tackle the problem.

Pampa Brazilian Steakhouse, which has branches in Edmonton, Calgary and Red Deer, implemented a deposit policy for groups of 15 or more about a month ago.

â€œThe pandemic and the financial pressure on the restaurant industry has forced the industry to really start dealing with a problem that has always existed,â€ said Allen Anderl, co-owner and reception manager of Corso 32 , Uccellino. and Bar Bricco.

Anderl restaurants have cancellation policies for groups of eight or more, requiring 24-hour notice to avoid a $ 75 penalty per empty seat.

Anderl said he plans to apply this policy to small groups as well and change the booking platform so that the restaurant can more easily collect credit card information in advance.

The many cancellation fees

Daniel Costa, another co-owner of Corso 32, Uccellino and Bar Bricco, still remembers the sting of a no-show during Corso 32’s first two weeks of operation.

It was New Years Eve and a group of 12 people had reserved a table in front of the restaurant.

â€œWe spent hours and hours preparing all this complex food for a tasting menu, but it was a no-show – no phone call or anything,â€ he said.

“We took a big hit that year.”

Daniel Costa invites us into his kitchen for a simple Italian cooking class. 4:45

Reservations help restaurants plan how much food to buy and how many servers to hire per shift.

When plans change, it can lead to lost income and tips, overstaffing and food waste, Costa said.

Filling empty tables can be difficult, even for restaurants with waiting lists, as most people don’t expect a popular restaurant to be able to accommodate walk-in people during prime time. .

And from 6 p.m. to 8 p.m., “most people decided what to do,” said Christian Mena, co-owner of Sabor Restaurant and Bodega Restaurants in Edmonton and St. Albert. The latter do not accept reservations, in part because of no-shows, he said.

There is a reason why RGE RD does not charge a deposit for reservations made over the phone.

â€œPeople who phone to make a reservation are more likely to let us know when they can’t make it,â€ Fulton said.

While she believes online sites have made reservations and abandonments psychologically easier, technology is also part of the solution, giving restaurants more ways to avoid no-shows and recoup revenue. lost.

To start accepting deposits, Fulton simply changed the settings on the Tock booking platform, which has a deposit feature.

Tock’s chief marketing officer Bryan Ferschinger told CBC News the company has seen a 137% increase in the number of its customers requiring a deposit for at least one experience through the platform since the start of the year. .

OpenTable, another booking platform, has added more tools to prevent no-shows in August, including a â€œFour Strikes and You’re Awayâ€ policy that suspends frequent customers who don’t show up on the reservation. site.

CoBank publishes its 2022 Year Ahead report – Forces That Will