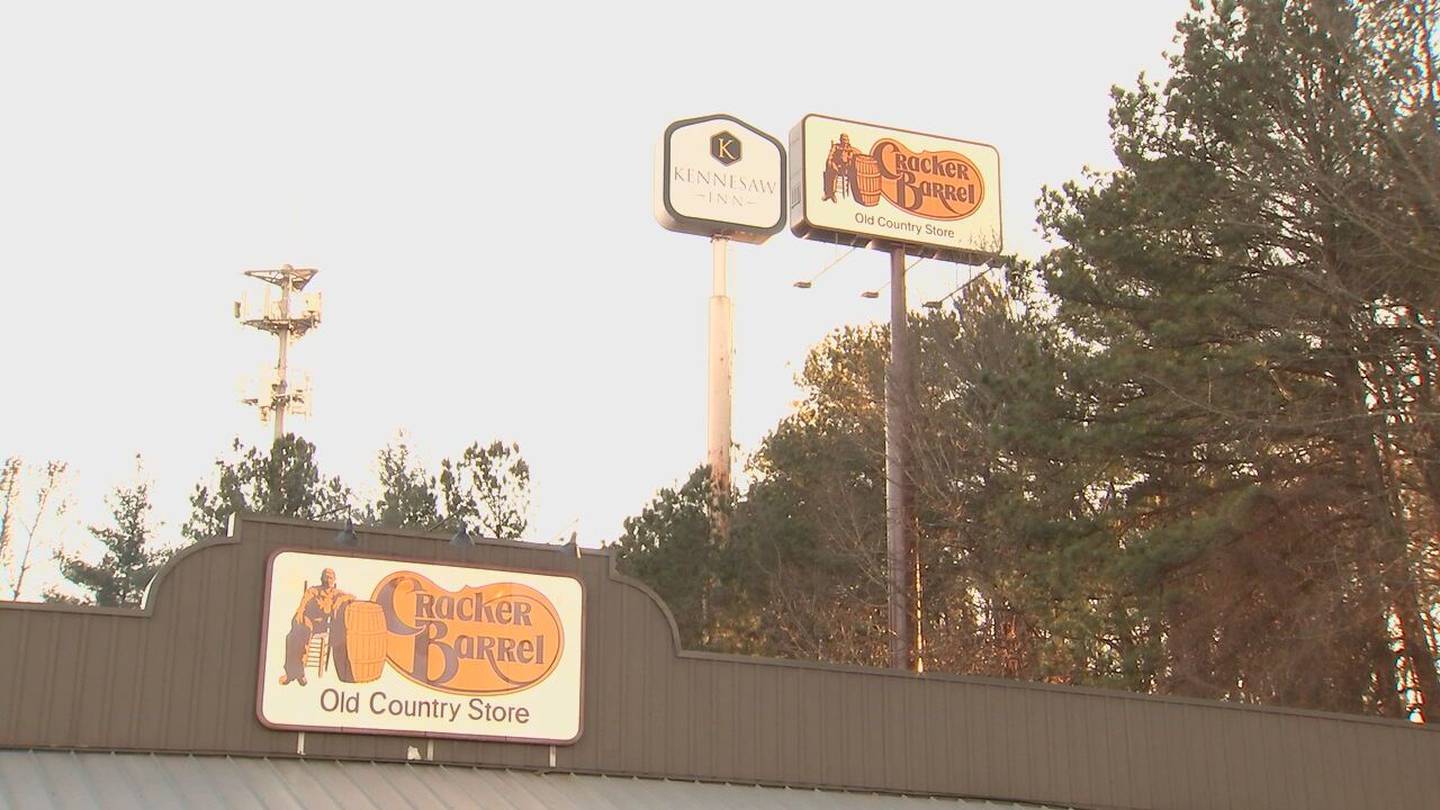 COBB COUNTY, Ga. — A diner at a Cracker Barrel restaurant in Cobb County says she was the victim of a crime there.

Channel 2 Cobb County Bureau Chief Chris Jose spoke with a victim who is notifying families and telling us how she was deceived.

The victim said the crime happened at Cracker Barrel on Chastain Road near Kennesaw State University.

“I want to be bold, but I also want to be smart,” said the victim who asked to be identified as Jeannette Smith. She is worried because the attackers have her personal information.

Smith said one of the attackers opened the restaurant’s exterior door for her, but then blocked her from entering the lobby. The break allowed the other person to unzip Smith’s purse and steal her wallet.

“He acted like he was opening the door and holding it for me, but he was actually blocking it so I couldn’t get through,” Smith explained.

Smith said the speed with which the scammers acted is what really caught her off guard.

“And they do it in the hearth. Probably not just Cracker Barrel, other places with a fire pit, with double doors. So you enter through one door and then you have to go through the other door and there is no security camera. It’s a very, very clever scam,” she said.

Within 30 minutes, thieves were using the credit cards at retail stores, Smith said. One purchase included $3,000 in Sam’s Club gift cards. Smith spoke with an official who said he received multiple reports of a similar scheme. The police are investigating.

“If it was your mother, if it was your sister, and someone did this to them, how would you feel?” Smith asked.

A Cracker Barrel spokesperson emailed a statement that said in part:

“After speaking with the guest that day, we have engaged local authorities to investigate the reported incident and stand ready to work with them.”

“I’m pleading with all these restaurants and department stores and places like that, that have these lobbies, please put security cameras in there so this can stop,” he said. she declared.