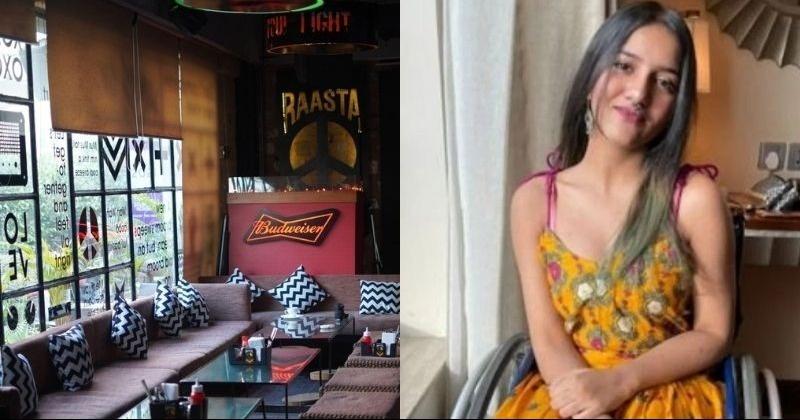 Another case of a woman who was refused entry to a fancy restaurant has surfaced, which has netizens puzzled. According to the claims, Raasta, a popular pub located in Gurugram’s DLF Cyberhub, refused entry to a woman in a wheelchair to avoid “disturbing” other customers. In a series of tweets, Srishti Pandey, a 22-year-old woman, alleged that the receptionist refused to let her into the restaurant citing her disability.

I went to my @raastagurgaon with my best friend and her family last night. It was one of my first outings in so long and I wanted to have fun. Bhaiya (my friend’s older brother) asked for a table for four. Reception staff ignored him twice. 1/n

Recounting the whole incident, Pandey tweeted, “I went to my @raastagurgaon with my best friend and her family last night. It was one of my first outings in so long and I wanted to have some fun. Bhaiya ( my friend’s older brother) asked for a table for four. The reception staff ignored him twice. The third time he asked, the staff replied with ‘wheelchair andar nahi jayega‘ (The wheelchair cannot go inside). We thought it was an accessibility issue, but it wasn’t. We told him we would manage, just book us a table. What he said next shocked everyone for a moment.

He told us while pointing at me that ‘andar clients bother ho jayenge‘ (Customers are going to be disturbed) and refused us entry, with such ease. This was from the staff at a fancy place. After many arguments he told us to get a table outside (sic).

She further tweeted, “The seating outside was ridiculous. It was cold. And I can’t sit in the cold for long because my body is getting spasmodic. It’s literally dangerous for me. Finally, they were asked to leave. Check out some of the reactions from netizens.

I’m terribly saddened that this happened to you. We suffer from an absolute lack of grace as a society. Wheelchair accessibility is one thing, but refusing to see a confined human being as an equal and worthy of dignity is quite another. 🙏

I thought Indians were much more empathetic, but it seems I’m wrong.

The owner apologized but is that enough?

Gurugram Police also tweeted, “Madam, please DM your contact. We would love to hear from you about this and take appropriate action. Your cooperation is greatly appreciated.”

In response to the incident, Goumtesh Singh, founding partner of Raasta, took to Twitter and shared an apology which read: “We deeply regret the episode that happened at Raasta Gurgaon on Friday night. We stand for inclusivity and would never want anyone to feel isolated for any reason.As part of our efforts, we have already contacted the offended customer to personally apologize to them.We are also taking steps internally to increase the sensitivity and empathy of our staff so that this never happens again.

Similar examples that reflect our society’s lack of empathy

Such cases of classicism are innumerable where very few are reported, others not so much. Such incidents raise legitimate concerns about the lack of humanity and empathy, and the deep-rooted oppression of subordinate class groups and people with different abilities in our society. It highlights how we have failed as human beings.

At the restaurant, test Test one, two, three times a week