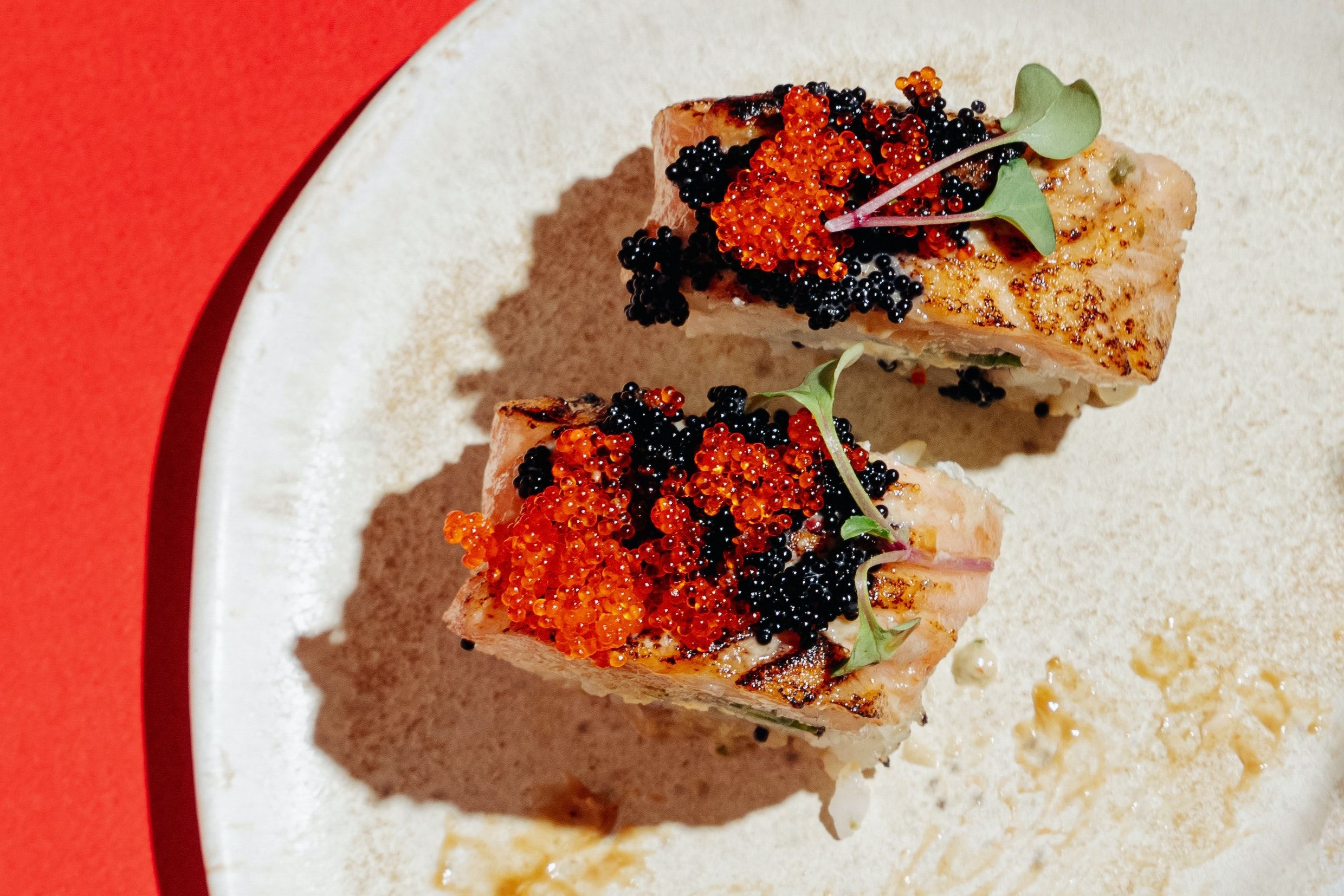 While caviar was once primarily associated with cold northern nations, Thai caviar is on the rise, especially in Bangkok’s foodie scene.

Luxury cuisine is bursting onto the Southeast Asian country’s food scene, with the 37-year-old celebrity chef able to economically serve eggs thanks to an innovative farm outside the capital.

Using high-tech harvesting methods, a Thai-Russian partnership offers a more ethical and affordable product, sparing the endangered fish that provide the delicacy from their usual fate of death.

“The price is… more affordable, I would say, compared to the ones we imported,” Ton explained, as he sprinkled caviar on a Thai “Lhon Pu” dip at his restaurant Lahnyai Nusara.

The use of caviar also helps challenge perceptions that Thai cuisine should always be spicy with strong flavors, he added.

“I think it opened a lot of doors for a lot of chefs to use it as well,” he said.

Inside Thai caviar’s rise on the Thai food scene

About 200 kilometers away, in the famous resort town of Hua Hin, it’s time to harvest the ‘black gold’ at Thai Sturgeon Farm, which supplies local distributor Caviar House.

Hundreds of giant fish swim in tanks kept at a balmy 21 degrees Celsius (70 Fahrenheit) – a world away from the cold Caspian Sea where the species live in the wild.

“No one else has this kind of farm in a tropical climate,” farm co-owner Alexey Tyutin told AFP.

The fish – considered living dinosaurs – can survive for up to 100 years and are typically up to four meters long.

Traditionally, caviar producers kill the females to extract the eggs, but the Tyutin farm “processes” the sturgeon.

Using fish for as long as possible helps make the business sustainable and profitable, the 55-year-old said.

At harvest, the fish are moved to the “winter chamber”, initially set at six degrees Celsius and increased to 15, before their eggs are extracted.

“Let’s say if the fish weighs 25 kilograms, we usually expect around 2.6 to 2.7 kilograms of caviar,” Tyutin said, adding that the farm estimates it could produce up to two tonnes this year.

Farming sturgeons in a simulated environment requires large amounts of energy – despite using solar panels, the monthly electricity bill is around THB 300,000.

“We cool the water because the water temperature outside is 31 degrees. These fish cannot tolerate it and they will die immediately,” Tyutin said.

But Thailand’s tropical climate has given the company a competitive edge as the higher water temperature helps sturgeons mature at six years compared to 11 in Russia.

Thai caviar as a source of Thai pride

While Caviar House only sells domestically at the moment – ​​with a box of treats selling for between around THB 7,750 and THB 28,000 – they hope to expand into exports in the future.

Recent European Union sanctions against Moscow following the invasion of Ukraine have targeted caviar, but the restrictions are largely symbolic as Russia is only a small exporter.

Instead, competition comes from China, which has become the market giant, producing 84% of the world’s sturgeon, according to a European Commission report.

The industry has suffered during the pandemic with high-end restaurants, airlines and cruise ships battered by travel restrictions, although some fine-dining establishments have adapted by cutting portions and incorporating them into dishes to eat. carry.

But the international caviar market is expected to register a compound annual growth rate of 7% between 2020 and 2025, according to a 2021 report by Technavio Research.

France, Germany, China, Spain, the United States, Japan and Russia are important markets, but demand is growing rapidly in other parts of the Asia-Pacific region.

Well-heeled Thai foodies and chefs recognize the benefits of caviar, which is rich in vitamins, minerals and omega-3 fatty acids.

“It only took a few days for Thai chefs to start ordering after we sent them samples to try,” farm co-owner Noppadon Khamsai, 43, told AFP.

“They say it’s a good product and it’s important that it’s made in Thailand, and they’re really proud to introduce this Thai product.”

This article is published via AFP Relaxnews.