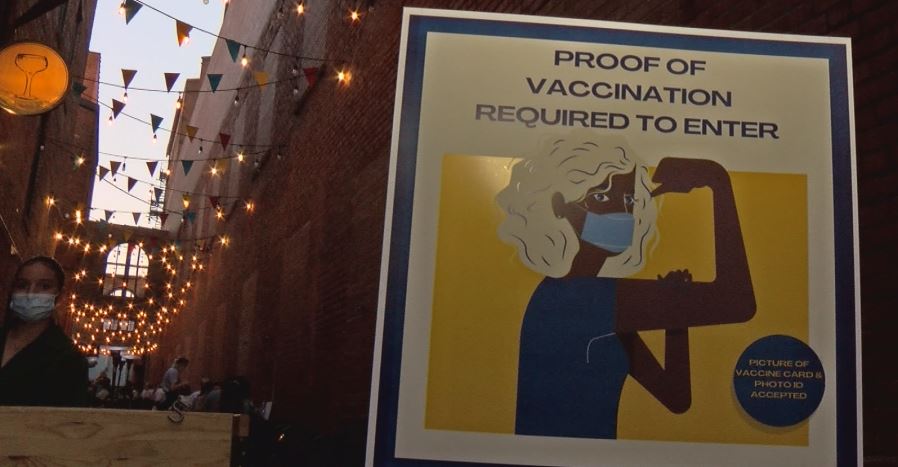 DURHAM, NC (WNCN) – If you’re heading to Durham’s food scene this weekend, be prepared to show proof of vaccination at many of the city’s restaurants.

Many more homeowners are implementing the policy, they say, at the behest of customers.

COPA restaurant co-owner Elizabeth Turnbull said she and her husband hesitated for weeks before imposing a vaccination requirement on patrons 12 and older who dined inside.

â€œWe really wanted to take our time and make this decision, but as more and more places have done, more and more of our guests have asked us,â€ said Turnbull.

They decided to ask customers about a vaccination policy while the city is in a state of emergency and 200 people responded, with an overwhelming majority of support.

â€œIf 92% of your guests ask you to do something, you have to do it as a business,â€ said Turnbull.

Restaurant vaccination proof may look like a physical card or a digital version on a phone.

But outside, the vaccine proof is optional.

â€œWe have some great outdoor meals and we don’t even ask those who choose to eat out,â€ Turnbull said.

â€œThis is what our city leaders need to decide so that everyone works on an equal footing and everyone works to the same standards,â€ said Turnbull. “When they hadn’t acted, we felt like we couldn’t hold back our guests anymore, so we said ‘yes we could’.”

COPA is not alone. They join a growing list of restaurants in Durham, such as Rue Cler, Kingfisher Bar, Dirty Bull Brewing, and Alley Twenty Six.

â€œThere has been reluctance, very little, most of it is online via reviews, but most people are very picky and want that,â€ Dyson said.

Dyson said the rule will remain in place as long as transmission remains high for COVID-19 cases in the region.

â€œUntil it looks like the delta variant, or whatever variant is going to appear, is gone,â€ Dyson said.

Restaurants may be starting to pay workers fair wages