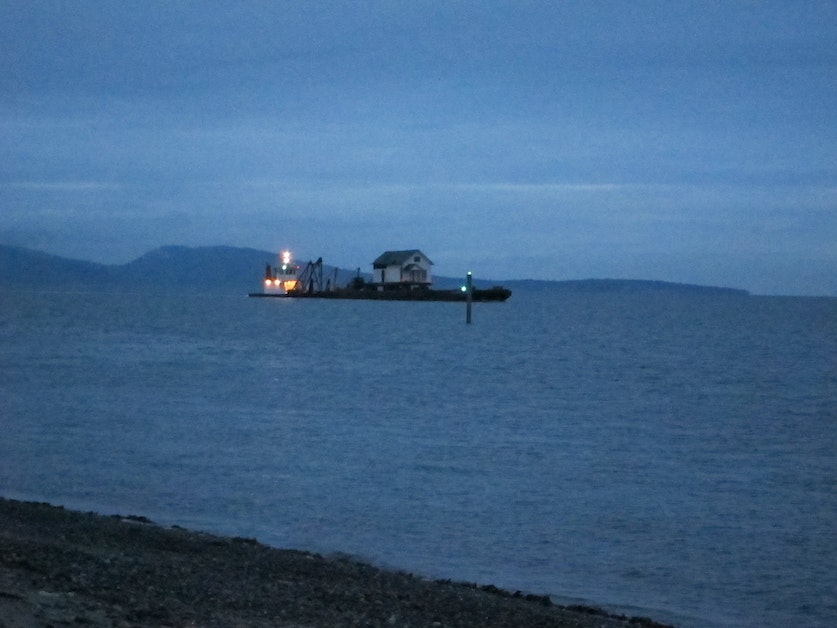 If you can find a place to live and work on Orcas Island, you’re set. But workers and business owners don’t want more yurts, cabins and tents. They want creative solutions after the big tourist season.

“It’s a different way of life than most mainlanders,” says Amy Nesler, communications and stewardship manager for the San Juan Islands Welcome Office.

For residents and workers, it is not enough to be beautiful. Affordability is a major concern throughout the year and seasonally.

“There’s been a lot of economic stress because tourism is one of our biggest industries,” Nesler says. She says Covid 19 isn’t the only reason behind the challenges, “some of them are just a normal flow of trying to run a business on an island”.

Residents point to short-term rental sites like Airbnb and VRBO as a popular scapegoat. But, resident Gillian Smith writes in an email that it’s difficult for the community to come to a consensus on whether short-term rentals actually pose a risk.

“Locals hoping to make money from the short-term rental industry don’t want to lose the ability to enjoy their properties,” she says, “many have pinned their hopes, their plans for the future, their retreats on the possibility of doing it.

Smith says whatever the arguments, new solutions are needed.

Amy Nesler agrees, “we don’t necessarily have the zoning areas to create a new neighborhood,” she says. Nesler suggests that the island should look for creative solutions, “maybe we should build little houses instead of condos.”

Seasonal workers, employers and other islanders navigate the landscape trying to find places to live, sometimes giving up comfort.

Temporary housing solutions are a dime a dozen. Yurts, tents, trailers and cabins are the norm for many employees seeking temporary employment in the summer. And, if you change jobs, you’re probably moving too.

“You might find people who have lived on Orcas who never had an Orcas address,” says Jammal Williams. He says life on the islands revolves around a housing shortage.

Williams worked on Orcas Island in the winter of 2018 and 2019. At that time he was living in employee housing. He found work as a cook, housekeeper, and occasional gourmet waiter.

In the summer of 2021, he attempted to return to the San Juan Islands. He planned to move to Friday Harbor. He found three jobs but had no luck with housing.

“My credit score wasn’t high enough and the landlord wasn’t comfortable renting to me,” he says.

He is currently based in Houston, Texas taking care of his family.

Employee housing meets the needs of many workers. For businesses that can afford it, it’s a practical solution.

Jocelyn Cecil, co-owner and manager of Hogstone Wood Oven in Eastsound on Orcas Island, says her business is up to the challenge.

For the upcoming season, Hogstone aims to rent and subsidize condos to its employees.

“If we don’t take a little hit,” she says, “we might not be able to get someone working for us.”

Hogstone Wood Oven is temporarily closed until spring due to renovations.

Currently, the restaurant employs two people: Jocelyn Cecil and Jay Blackinton. Ideally, their restaurant would have fifteen employees. However, Cecil says it has been more difficult to find people to work who can also find accommodation.

Potential employees offered to live outside in tents.

“It’s very admirable,” says Cecil, but working long hours in a restaurant and coming home to sleep outside or in tents is not what they want for employees. “It’s hard on your body, it’s hard on your brain,” she says.

Hogstone employees have had to live in substandard housing in the past.

Lisa Byers, executive director of OPAL Community Land Trust, says it is not ideal to link work and housing. “If you leave your employer, you lose your housing,” says Byers.

OPAL Community Land Trust is a non-profit organization located in Eastsound, Orcas Island. They provide and create affordable housing options all the time.

Byers has worked with OPAL for twenty-six years. She says the organization is trying harder than ever to meet rental needs. But this need is immense.

San Juan County has the second lowest salaries in the state.

“It’s a wonderful place,” she says, “but there are hidden dark sides.”