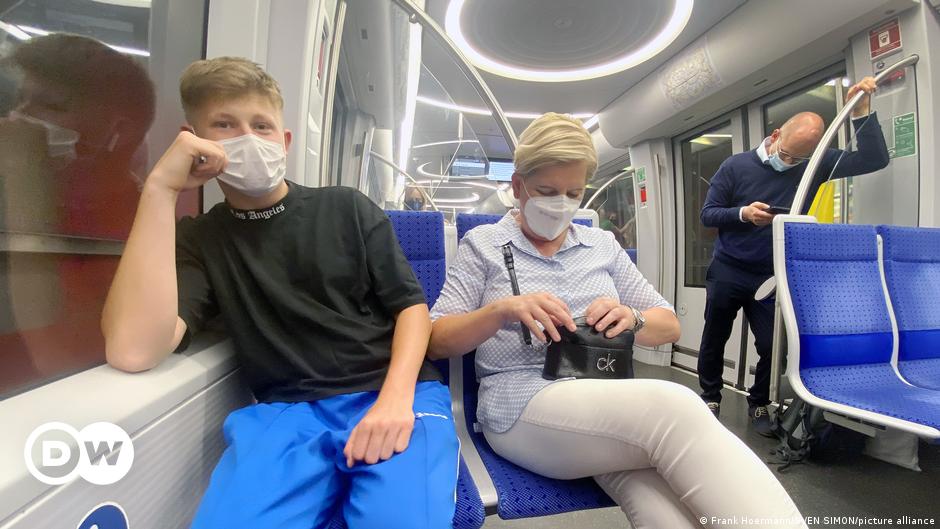 Residents in Germany will from Saturday have to adapt to a new set of rules aimed at curbing the spread of the coronavirus that causes COVID-19.

The rules are being introduced as the country sees a steady rise in cold weather infections, with authorities recording 96,367 new cases in the past 24 hours, around double the number recorded a week ago.

Health Minister Karl Lauterbach called the new rules strict compared to other European countries, but said Germany was “not smarter but more cautious” in its approach.

What are the new rules?

From Saturday, passengers over the age of 14 on long-distance trains will be required to wear FFP2 masks – similar to the US-standard N95 respirator – rather than the less protective surgical masks that have been mandatory until now.

Health ministers from Germany’s 16 states have agreed that passengers on local buses and trains will have to wear at least surgical masks, although this is not mandatory under new federal rules.

Air travelers will, on the other hand, be able to do without masks, which is in line with the practice of other EU countries and airlines.

FFP2 masks must now also be worn in hospitals, nursing homes and medical practices. Before visiting a nursing home or hospital, a negative test must be presented and employees of these establishments must be tested several times a week.

If the infection situation worsens, states have the power to impose new measures, such as requiring masks to be worn in indoor areas such as shops and restaurants. Tests can also be made compulsory in schools and nurseries.

In schools, states can also reintroduce mandatory mask-wearing, but only for children over 11.

The Deutsche Stiftung Patientenschutz, an organization that represents the interests of seriously ill and dying people and those in need of permanent care, criticized the new rules, saying they go too far or not far enough.

Its director told German news agency epd that there were no humane and effective protection strategies in place for elderly care.

He said there was a need for “task forces that could provide immediate support in the event of outbreaks” and called for facilities to allow the separation of infected and uninfected care home residents.

He, however, called excessive the fact that care home residents now had to wear FFP2 masks when outside their rooms.

The measure was also condemned by the German National Association of Senior Citizens’ Organizations (BAGSO), which pointed out that no other sector of the population was supposed to wear a mask at home despite four vaccinations.

While You’re Here: Every Tuesday, DW editors round up what’s happening in German politics and society. You can sign up for the weekly Berlin Briefing email newsletter here.

Puran Poli with pickles – In Dapoli, women are bringing the home chef revolution to Konkan cuisine