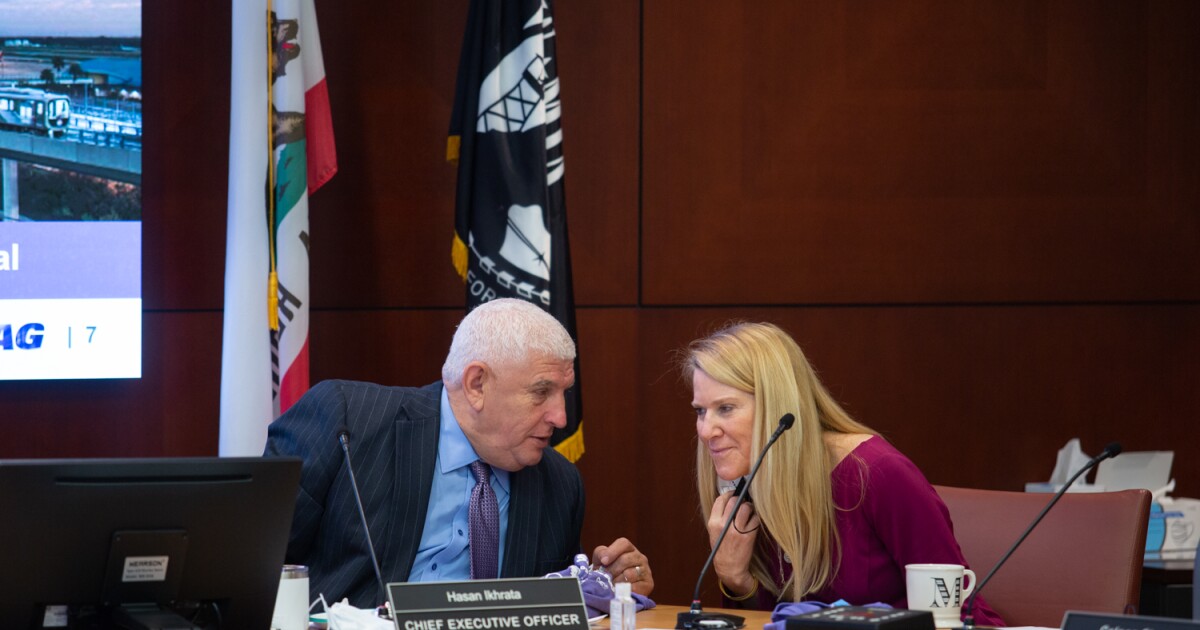 Fewer employees would receive credit cards Association of San Diego Governmentsand those who do get one would have to submit far more paperwork for their purchases under new policies for a vote this week.

SANDAG has been working on new credit card rules since internal auditors reported “questionable” and “inappropriate” expenses earlier this year and found that the agency’s policy lacked “basic elements”.

Among the results: nearly $70,000 spent at local restaurants over a four-year period.

The proposals, which SANDAG’s audit committee will discuss at its meeting on Friday, would allow only one employee to use an agency credit card for meals: CEO Hasan Ikhrata, one of the top spenders. most frequent of the agency.

Record that new source got show what a government ethics expert called “manifest abuse” of taxpayers’ money: Some of SANDAG’s highest paid employees have regularly used agency credit cards for business meetings at local restaurants, including prestigious restaurants such as Rei Do Gado, the Donovan Steakhouse and the US Grant Hotel .

Ikhrata, who has run the agency since late 2018, billed $17,000 at restaurants over a two-year period. SANDING justified his expenses in a statement last month, saying the spending was for “business purposes” to advance agency projects and priorities.

But two new policies seek to dramatically restrict when — and for how much — the agency can pay taxpayers for restaurant bills involving nonemployee participants.

Meals “cannot be lavish or extravagant,” according to the policy, and would be limited to annual rates set by the federal government. In San Diego, for example, it’s $34 for dinner per person, including tax and tip.

Documentation would also be required: the CEO would have to submit itemized receipts and claim forms that list attendees and the business rationale for the meeting. The benefit of the meeting, a preliminary cost estimate, and “whether or not there is a real or perceived conflict of interest,” among other factors, must be considered in the proposal.

Deputy CEOs Coleen Clementson and Ray Major would also be allowed to host a business lunch, but would have to use personal funds and file reimbursement claims.

“Two or more employees casually planning a lunch does not constitute a business meal,” the proposal states.

SANDAG’s Office of the Independent Performance Auditor, which first reported credit card spending, reviewed the policies. The agency’s board of directors has final approval and would receive a regular report on agency business meals.

Staff said finance officials are still reviewing all ‘cases of improper use’ of credit cards, gift card purchases and business meal expenses, as well as any tax compliance issues arising from spending . “Corrective action”, if any, would be completed by the end of June.