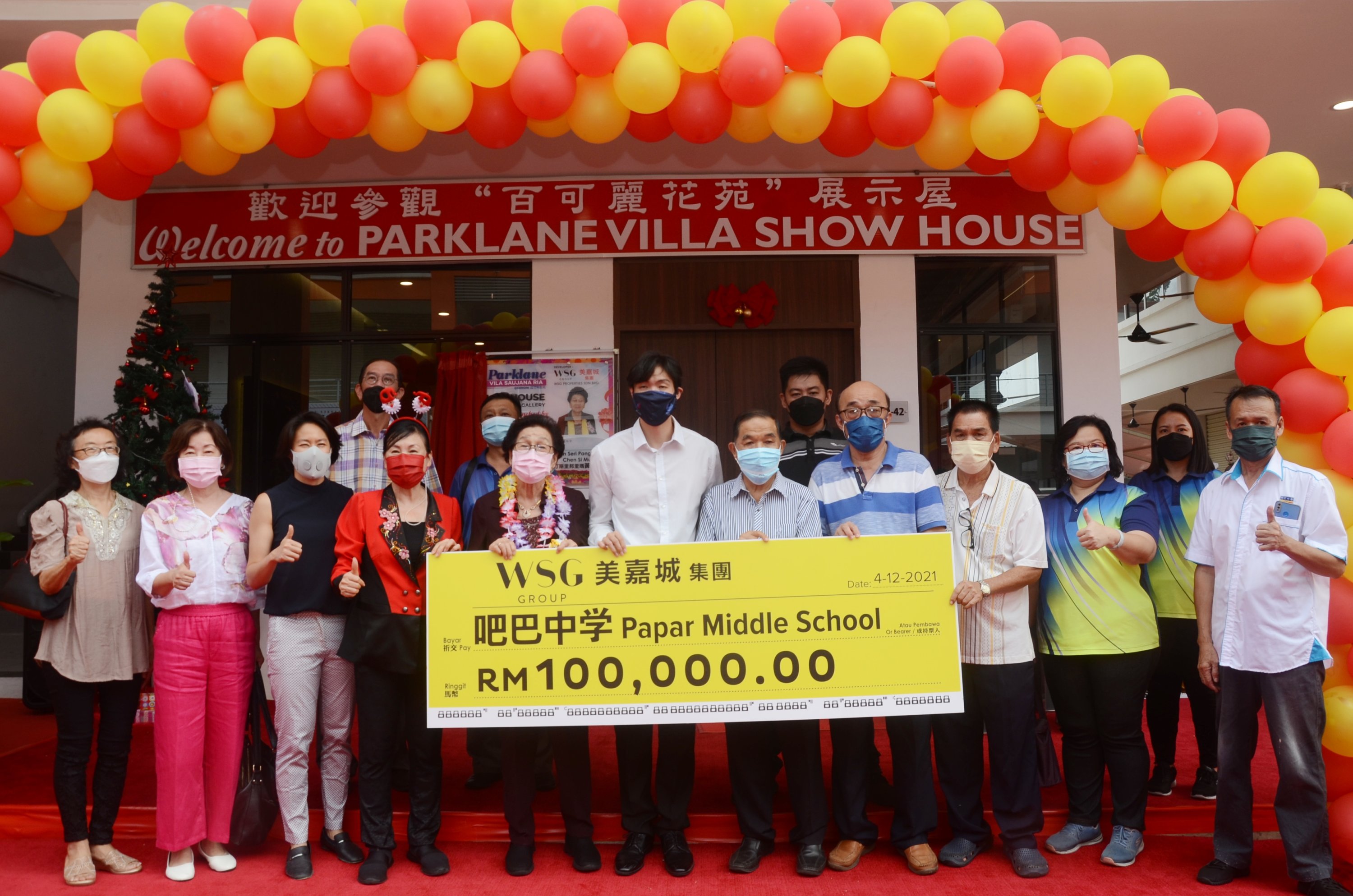 And tucked away in a booming shopping mall is Parklane Villa, comprising 180 two-story townhouses starting at RM 490,000.

The built-up area for the mid-size and corner units is 2,460 square feet (sq. Ft.) And 3,420 sq. Ft. Respectively.
Susan said Parklane Villa is expected to be completed by the end of next year, or by early 2023 at the latest.

“With the increase in the cost of building materials, we are striving to complete the project as soon as possible so that our buyers can benefit from the appreciation in the value of their properties. “

She said that at the launch of the Parklane Villa showroom located at Shoplot 39-42 Benoni Commercial Center here yesterday.

The event was chaired by his mother, Datin Seri Panglima Chen Si Mui.

“The project was supposed to be completed in two years, but the Movement Control Order (MCO) delayed our progress by six to 12 months.”

Phase 3 of Parklane City, which includes 50 two-story store units, including the Servay hypermarket and McDonald’s drive-through restaurant, is expected to launch in 2022.

She revealed that the company had signed a rental agreement with McDonald’s and that the drive-through restaurant would be up and running by the end of 2022.

“Hopefully we can complete phase 3 in a year and a half provided there is no lockdown.

“Within two years, Parklane City will be a thriving business district.

She added that the WSG group’s projects in Papar, including Parklane City, Parklane Villa and Benoni Commercial Center, have a 999-year lease.

She said SDB not only provided funding for its Parklane City and Parklane Villa projects, but also granted a six-month loan moratorium to the company during the MCO period.

“Under the leadership of the Chief Minister, SDB provides strong support to local businesses, which in turn creates a more conducive business environment.”

On the other hand, Wesley Liew, who is a shareholder of Tealive at Benoni Commercial Center, said the area attracts a lot of customers because of its strategic location.

In fact, its Tealive outlet once broke the national record for highest daily sales at over RM7,000.
Confident in the potential of the Benoni Commercia Center, Liew said he plans to open a Japanese restaurant in the area.

“We are always looking for available commercial lots as most of them are already occupied. “

He said the Benoni Mall was a viable investment that could earn over RM4,000 in monthly rental due to its strategic location and proximity to the McDonalds drive-thru, the Servay hypermarket and the gas station that would open soon.

“I decided to buy Parklane Villa because it is close to where I work.

“The house is also very spacious and comfortable to live in,” he said.

Along with the event, WSG Group donated RM 100,000 to Papar Middle School for the construction of a new four-story student hostel.

A blood drive, jointly organized by the WSG group and the Papar hospital, also took place and successfully collected 70 pints of blood.

Also present were the directors of the WSG group, Vanessa Wong and Jonathan Wong.