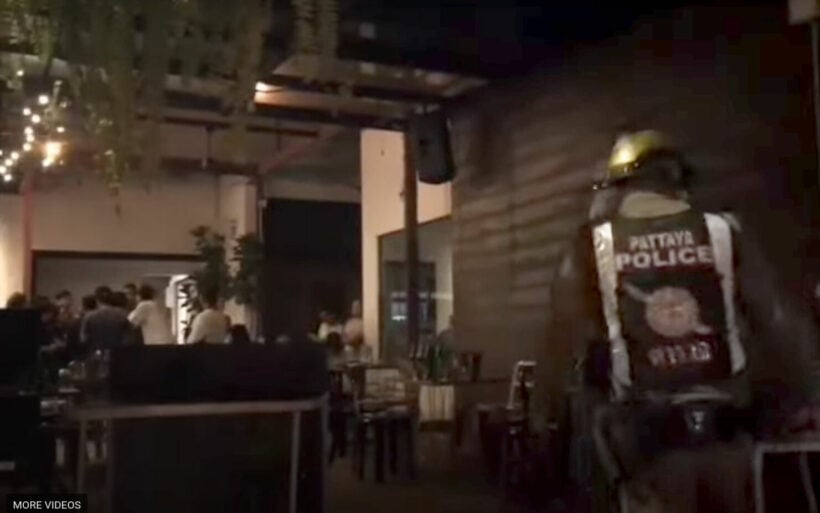 Pattaya restaurant closed after curfew as a nightclub

In a familiar scene of late as Thailand distinguishes between security from Covid-19 and restarting the tourism economy by relaxing alcohol bans in parts of the country, one restaurant functions essentially as a bar on South Pattaya Road was closed last night for violating the Chon Buri Communicable Disease Control Order.

Dripoly restaurant in Pattaya was raided just after midnight after police received calls from the public to its hotline with complaints about the company’s Covid-19 risk. The restaurant seemed to function as a nightclub with loud music and dim lighting, ignoring the curfew. Under current regulations, restaurants can serve alcohol but must close before 11 p.m. and maintain a restaurant environment that respects social distancing and other Covid-19 regulations, focuses on food, and is well-lit .

When police arrived at 12:20 a.m., patrons were dancing to loud music and drinking alcohol, several patrons seen without masks. Officers turned off the music and turned on the lights which they described as lighting in the style of a nightclub environment. Details have not been confirmed, but the owner was reportedly taken to the police station to be charged and it is not clear whether any customers were charged in the raid.

Raids are common in the Pattaya area, with permission for restaurants to serve alcohol only recently granted in parts of Chon Buri province causing frustration and confusion as other areas remain the serving of alcohol is prohibited.

But all nightlife and entertainment venues, including all bars, nightclubs, karaoke, men’s clubs and more, are banned from opening until at least January 15, when the matter will be reconsidered by the CCSA. . Many nightlife spots have responded by becoming a makeshift restaurant, offering staple foods for sale to justify opening and operating.

Many companies have complained that restrictions and rule enforcement are erratic and inconsistent with certain areas and businesses targeted for constant raids, while others appear to be allowed to operate while authorities look away.

For more information on how to enter Thailand during the pandemic, CLICK HERE