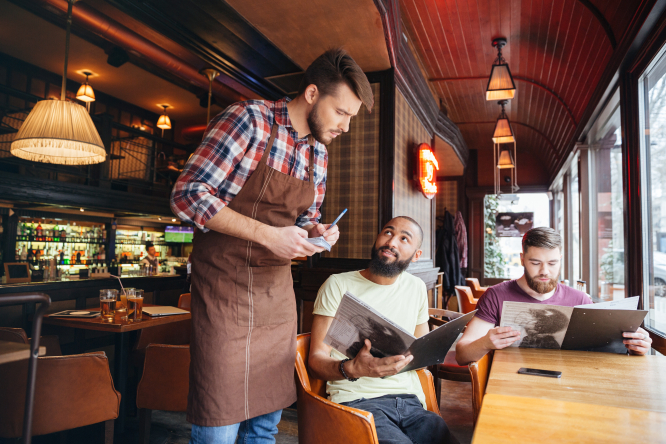 The shortage hit as the industry slowly reopened after forced Covid shutdowns when waiter salaries were sustained by government loans.

Covid restrictions themselves have been a major contributor to today’s shortages as thousands of workers considered other job opportunities and changed careers to escape an industry notorious for poor pay and hours unsociable.

In their desperation to recruit, some restaurateurs are now accepting waiters without asking for a CV or cover letter, having been unable to find suitable candidates through traditional recruitment channels.

“I’ve never seen a phenomenon of this magnitude,” said Sebastien Burdino, owner of Brasserie Bofinger in eastern Paris, who is looking to fill four to five positions by September ahead of the busier winter season.

Mr Burdino said he hadn’t received any resumes and hadn’t seen any offers through DigitalRecruiters, the industry’s go-to recruiting website. He added that he had begun to depend on referrals and recommendations from friends and acquaintances as an alternative.

Mr. Burdino’s difficulties seem to find an echo throughout France; an RTL journalist reported being offered 25 jobs in less than four hours in Deauville (Calvados), while pretending to be a student and leaving to look for work, without any proof of his experience or skills .

“We are having a little more difficulty than usual in recruiting,” said Eric Entzmann, spokesperson for Bistrot de la Montagne in Paris.

He added that the establishment has found staff more easily than its competitors because it relies on a pool of different employment contracts within the event catering industry.

The shortage of wait staff was described as “unprecedented” by Francois Lenglet, a popular French business journalist, in an opinion piece for RTLwhere he explained that the turmoil within the industry was caused by the “scissor effect”.

The “scissor effect” occurs when jobs are created – as was the case after the disruption of the Covid shutdowns – but the labor force remains the same, as it has since around 2017.

Mr. Lenglet added that vacancies are not filled by job seekers as 80% of them are in urban areas where people are already employed. There are also training issues: unemployed plumbers or administrators, for example, are likely to be looking for work in their own field.

The labor shortage has been widely covered by the French media over the past 18 months, with industry professionals blaming low pay – averaging €1,820 gross – lack of bonuses and weekday shifts regular -end for the problem.

Ms. Burdino and Mr. Entzmann attributed their struggles to periods of lockdown which they say sparked a desire for change among staff.

This will was also reinforced by President Macron’s choice to guarantee 84% of wages in industry during the shutdowns, a policy that provided a financial cushion and allowed time to seek alternative jobs, Burdino said.

The catering industry lost 237,000 jobs between February 2020 and February 2021, according to figures provided by the Direction de l’Animation de la recherche, des Etudes et des Statistiques (Dares), an administrative body of the Ministry of Labour.

Mr. Burdino said he would seek to provide on-the-job training to students in an effort to attract them to the position.

Summer jobs in France: what’s available and where to find one

1,500 French restaurants offer 50% off as part of the food festival

Capital One SavorOne Cash Rewards credit card: the ideal card for the weekend