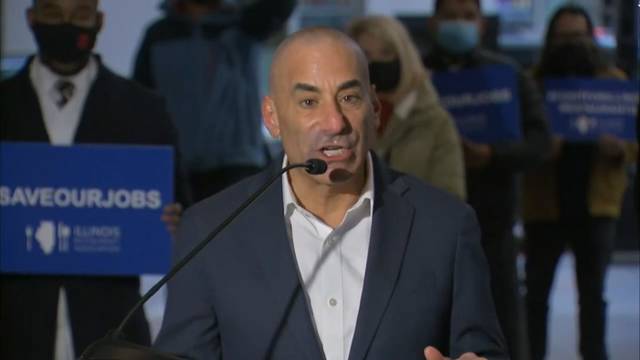 SPRINGFIELD — Omicron’s surge has restaurants wondering if they’ll make it through the winter, prompting many to seek further assistance from federal taxpayers.

Omicron has slowed what is typically the busiest season for restaurants over the Christmas and New Year weeks and continues to drive customers away, Illinois Restaurant Association President Sam Toia said.

Toia pointed out that January is usually a slow month and the weather doesn’t help. The restaurants hope Congress will replenish the federal fund used last year to support the industry, Toia said. Initially, Congress allocated $28.6 billion through the Restaurant Revitalization Fund (RRF). Restaurants are asking for $60 billion this time.

“Now with the new variant available for COVID, things have gotten even tougher, so we really encourage the federal government to replenish the Restaurant Revitalization Fund with an additional $60 billion,” Toia said.

Last time around a third of the applicants received an RRF grant, according to Toia.

“Here in Illinois, there were 11,000 restaurants in Illinois that had nothing,” he said.

Toia said that this time the associations are trying to get help for those who have not received previous grants.

“We encourage our leaders in DC to step up and complete the mission,” Toia said.

Much of the Illinois congressional delegation supported the idea, according to Toia. Supportive lawmakers are expected to face opposition from Republicans, who say the federal government has spent enough taxpayer money on the pandemic, The Wall Street Journal reported.

Woman sentenced for stabbing outside restaurant in downtown Fargo – InForum