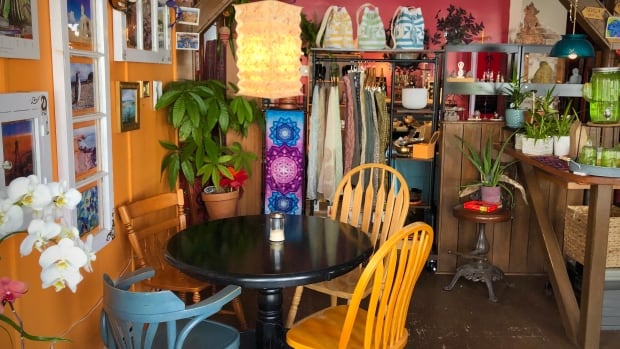 Restaurants have been hit hard during the pandemic, especially in eastern Quebec

With many pandemic restrictions lifted across the province, restaurant dining rooms are operating at full capacity, but thousands of businesses haven’t lasted long enough to take advantage.

Eastern Quebec was particularly affected and the restaurants in the region that survived are in shock.

“This is the first time I’ve wondered if I’m going to stay open,” said Isabelle Hubert, owner of Café Luna in New Carlisle, Quebec. — a small town on the south coast of the Gaspé Peninsula.

“The restaurant business is tough and volatile enough. The past two years have been a test.”

Hubert says she had to get creative to keep her business alive. She’s turned half of her small dining room into a shop where she sells souvenirs, crystals, candles and handicrafts — “so I don’t have all my eggs in one basket.”

She didn’t want to take on more debt by taking out pandemic government loans and she says she didn’t qualify for the grants because she runs her small business from home with only one part-time employee.

Hubert says she probably wouldn’t have survived the past two years without the Canada Emergency Response Benefit.

“It helped me pay my bills and move on to the next month,” she said.

The Association des restaurateurs du Québec says the figures for the past two years are disheartening. Data from the Ministry of Agriculture, Fisheries and Food, which issues restaurant permits, shows that 3,666 restaurants across the province have closed since February 2020.

In the Bas-Saint-Laurent and Côte-Nord regions, there was a 20% drop in permits. In Gaspésie and the Îles-de-la-Madeleine, the number of permits issued is down by nearly 15%.

Among the victims is L’Eau à la Bouche, a picturesque gourmet restaurant in the municipality of Saint-Maxime-du-Mont-Louis in Gaspésie, which closed permanently last fall. Owner Clarissa Bernatchez told Radio-Canada that the province’s public health measures were difficult to enforce, especially with tourists, and that the vaccine passport was the last straw.

“People were coming in from Ontario or other places outside the province and didn’t have the required documents,” she said.

“Someone was showing up and we had to make some tough choices. We couldn’t take reservations. Everywhere we shot we were stuck.”

Restaurant association spokesman Martin Vézina says the closures, restrictions and rising costs have all hit business owners hard. But he says staffing remains one of the biggest challenges.

“[It’s] not just inflation, it’s labor shortages,” he said. “We have fewer and fewer workers, it’s difficult… to take on temporary workers. I challenge you to find a dining room open Monday for lunch service.”

Tourism picked up last summer, but Hubert says it was strange to have so many visitors to the Gaspé, with fewer businesses to accommodate them.

“It was weird,” she said. “So many places have closed or changed their hours. Seeing almost double the number of people who usually come and not being able to offer the same service…it created a bottleneck and maybe a bit of frustration for some travellers.”

Hubert says anyone considering opening a restaurant in Quebec needs to be flexible and have a long-term plan.

“Start small and give yourself time,” she said. “You have to find a way to have a healthy schedule.”

And as restaurateurs evolve and adapt, Hubert says people’s expectations are changing too.

“Now people aren’t so surprised when they show up and a place is closed on a Monday,” she said.