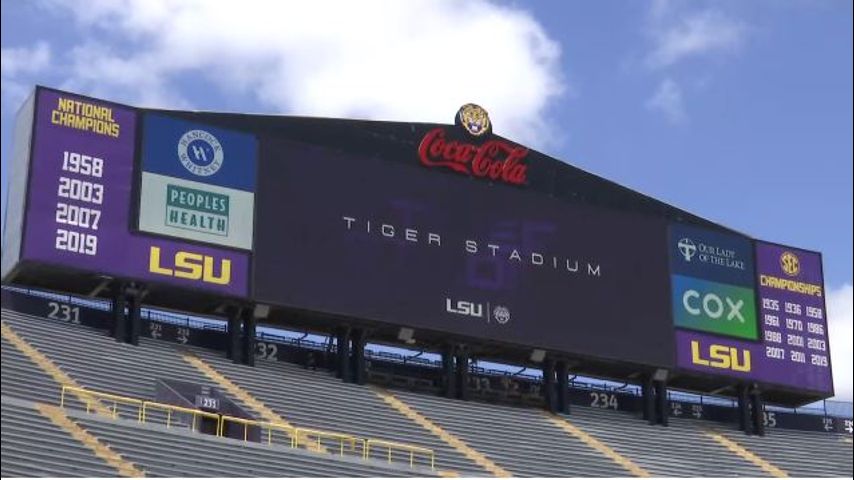 As the days inch closer and closer to one of the biggest weekends the LSU campus can experience, the restaurants surrounding Tiger Stadium are ready for the Garth Brooks rush.

The restaurant hosts its own tailgate with live music and boiled crawfish all day Saturday.

“It’s going to be the energy of a football season tailgate, but I think more families. It’s just going to be a better environment. Maybe not as many shots, probably, that way you’ll remember Garth,” Loveless said.

Loveless says they’ve been preparing since December to make sure issues like supply chain and personnel issues don’t slow the party down.

“We’re still seeing effects with COVID, so I started ordering booze and beer two weeks ago just to make sure if they ran out or low I could get them in time. “

Just steps across from Tiger Stadium, Torchy’s Tacos is also gearing up for a busy weekend.

“We’re really busy from start to finish. We’ll probably have six hours of people waiting to see the concert, and with the various sporting events, we’ll also see replays of each of them.”

Manager Brian Neal says everything in their kitchen is made from scratch, which presents a unique challenge.

“The marinades of all the different meats we do really started today. Our meats are marinated between 24 and 36 hours…all of our sauces are made from scratch, so the buildup has already started,” Neal said. .

Everything is on deck this weekend. Both sites said they were bringing in staff from as far away as Lake Charles.

“We’re recruiting staff from our other sites to come in to help and support, so our Houma site, our Juban Crossing site, we even have some from Lake Charles coming in to help out,” Loveless said.

But years of home football games have trained them for this moment.

“The construction for this is actually probably more than we would do for a home football game, even one of the biggest we’ve seen this year.”

When the time comes, they’re ready for whatever the crowd can throw at them.

Five places where business travel has changed after the pandemic