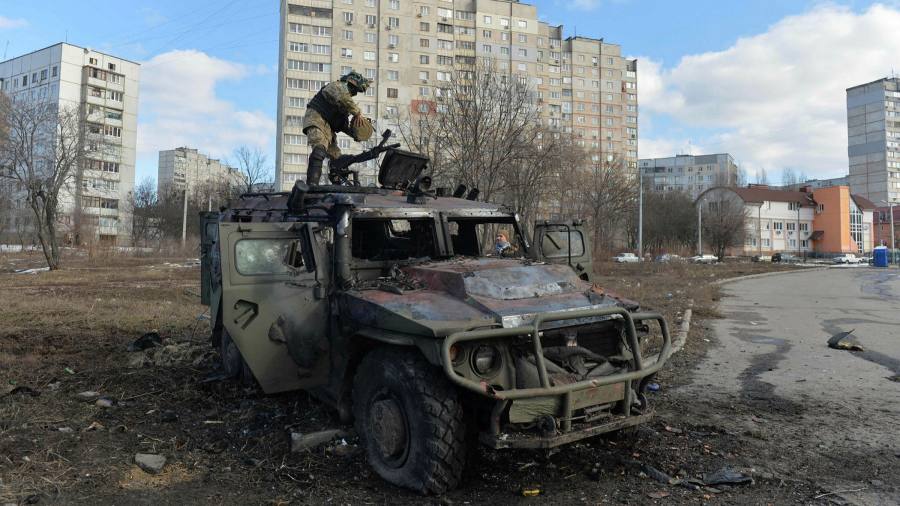 Russia’s invasion of Ukraine must trigger an ESG review

The writer is the former Ukrainian finance minister

The savage and unprovoked invasion of peaceful and democratic Ukraine by Vladimir Putin’s army highlights a new challenge for business. Given that they have vehemently professed the virtues of environmental, social and governance (ESG) factors, will they follow suit when it comes to the serial social and governance violations that this invasion represents?

Since the COP26 climate summit in November, ESG has been one of the main topics discussed in board meetings, management meetings and investor pitches. However, since the start of the Russian invasion of Ukraine, not all business leaders have had the courage to take action that would be consistent with their ESG policies.

Delta Air Lines was one of the first to announce that it would suspend its codeshare with Russian airline Aeroflot. BP has announced that it is withdrawing from its 20% stake in the Russian oil company Rosneft. The Norwegian sovereign wealth fund has decided to freeze its investments in Russia and intends to sell its entire stake in Russia. FedEx and UPS have suspended shipments to Russia. Several American restaurant chains and stores have announced that they will no longer sell Russian alcohol. Carnegie Hall in New York has announced the cancellation of performances by pro-Putin musicians. All these courageous initiatives should be welcomed.

But many in the corporate world remain silent. Will McDonald’s continue to operate in Russia? Will Coca-Cola, Mondelez, Unilever and Nestlé continue to sell their products there? To put it bluntly, will companies adopt courageous ESG policies only if it does not hurt their bottom line?

Every day the US, UK and EU buy more than $700 million worth of oil, gas, aluminum, nickel, titanium, gold and other materials from Russia. raw materials, indirectly financing Putin’s neo-colonialist ambitions and the military invasion of Russia. NordStream 2, which does not carry gas, was eventually frozen by the German government. But Nordstream 1, which follows the same route, continues to operate.

The global business community must understand that nurturing, defending and protecting freedom and democracy is part of its ESG responsibility. This is not only in their interest but also in that of their increasingly vocal and numerous stakeholders. Without a strong defense of our democratic system based on the rule of law and respect for everyone’s international rights, our entire system of business (and profit) could collapse.

It’s a moment of truth. Stakeholders have increasingly mobilized to challenge the premises of ESG activities professed by companies. Too often, companies and their leaders engage in marketing or obfuscation of what they actually do – what might more accurately be called “ESG-washing”. Will this turn out to be another case of looking the other way?

The Ukraine crisis could be the 21st century equivalent of the late 20th century anti-apartheid movement, in which businesses, across many sectors and societies, banded together to counter the systemic and systematic racism of the southern white nationalist regime. -African. The quickest way to end the war is to stop trading with Russia, divest Russian assets, and refuse to fund Putin’s regime.

We have collectively taken freedom, peace and democracy for granted for far too long, both as citizens and as entrepreneurs. Putin’s war on Ukraine has brought this into alarming stark relief. Companies have a critical role to play if they truly believe in key ESG values ​​such as rule of law, good governance and human rights. It’s time to put all that talk into action.