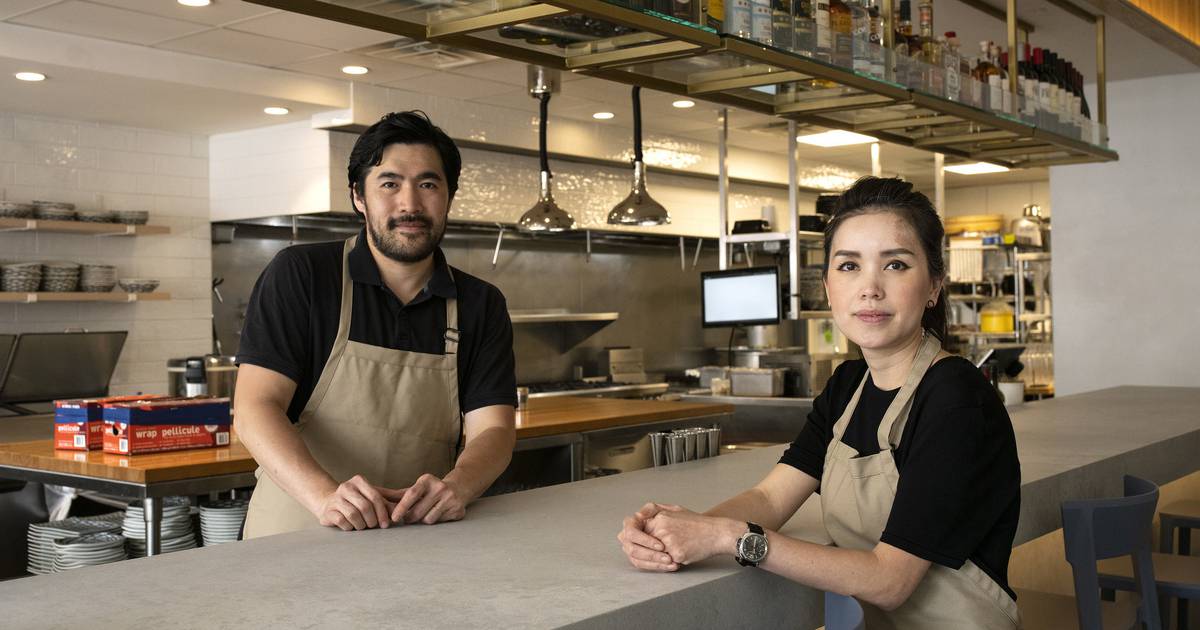 Internet scammers target numerous Chicago restaurants, leave one-star reviews on their Google profiles, and then demand money to make them go away.

Suspicious one-star reviews have appeared on the profiles of a number of the city’s acclaimed restaurants, new and old, including Adalina, EL Ideas, Elske, Ever, Galit, Next Restaurant, Nomi Kitchen, North Pond, Oriole, Parachute, Porto, Sochi Saigonese Kitchen and Topolobampo. Many are recipients of Michelin stars or Bib Gourmand appellations, very prestigious distinctions in the restaurant industry.

Sochi co-owner Chinh Pham noticed the issue 10 days ago as first reported Chicago eater. She asked her staff if any customers had complained in person, but they hadn’t noticed anything substantial, Pham told the Tribune on Thursday. So she tried to forget him.

“If someone doesn’t like the restaurant, I can ignore them,” Pham said. “But the criticisms kept coming.”

Every day a few more one-star reviews popped up, though none of the people who left them included a comment or explanation. Eventually, Pham checked OpenTable to see if any of the names matched the reservations, but none did. “I started to suspect something was up,” she said Thursday.

Then the restaurant received an email from someone asking for a $75 Google Play gift card to stop the negative reviews.

Pham tried to contact Google, but couldn’t get in touch with anyone at the company.

“I got a message that they would get back to me in two to three business days, but it’s been almost 10 days,” Pham said. “It scares me very much. There is no one to help at all. There is no customer service. But we have no choice, because nowadays a restaurant cannot survive without Google .”

A Google Maps spokesperson said late Thursday that the company is “investigating this situation and has already begun removing instances of content that violates the policy.”

Phillip Foss, chef and owner of EL Ideas, said he first noticed the negative reviews on Wednesday and then received an email asking for money. Foss flagged each suspicious review on Google, but hadn’t heard from the company on Thursday.

Adalina, a new Italian restaurant in the Gold Coast neighborhood, attempted to respond to its dozen recent one-star reviews on Google by leaving this message: “To all customers reading this review: This review is from a scammer outside from the United States who is threatening our business with negative reviews unless we pay them money. This user has never been a customer of our business and the review is fraudulent.”

Many restaurants receiving one-star reviews have been popular with reviewers and customers. Ever, which opened with a $285 tasting menu at the height of the COVID-19 pandemic in 2020, received a four-star review from former Tribune critic Phil Vettel, and is one of five restaurants from the Chicago area with at least two Michelin stars. . Sochi received a ‘very good’ two-star rating in the Tribune’s June review, and longtime restaurants such as Elske, Next, North Pond and Parachute continue to receive accolades and business amid a pandemic murderous.

[ Review: Can a $285, 10-course tasting menu succeed during the coronavirus pandemic? Ever rises to the challenge (4 stars) ]

Several of the restaurants targeted received identical emails claiming responsibility for the negative reviews and stating that the scammers need Google Play gift cards because they “can’t see any other way to survive”, according to one of the e -mails reviewed by the Tribune.

The sender claims that he is from India and will resell the gift cards at a lower price for profit. “We hope this amount will not be critical for you,” the email says about the $75 gift cards. “We sincerely apologize for our actions and would not want to harm your business, but we have no other choice.”

Restaurant Ever confirmed on Thursday that it received two emails asking for $75 in gift cards to stop bad reviews, but declined to comment otherwise. And restaurants in San Francisco say they’re being targeted by the same scheme, according to Eater San Francisco.

This isn’t the first time scammers have targeted Chicago-area restaurants in recent months. The Bien Trucha group’s Facebook account was recently hacked and the owners were stuck watching thousands of advertising dollars being debited from the restaurant’s credit cards.

After two weeks of unsuccessful efforts to contact Facebook and a June 29 article in the Chicago Tribune, Bien Trucha’s access to his three affected Facebook pages was restored as of June 30. His credit card companies were also able to reverse the fraudulent charges, meaning there was no lasting financial harm, the owners told the Tribune.

And while there may not yet be a tangible effect – the 11 one-star reviews posted on EL Ideas in the past four days, for example, represent just under 4% of the restaurant’s 294 reviews. on Google – the impact of negative reviews online can be daunting.

Juliana Gruenwald, spokeswoman for the Federal Trade Commission, said the agency would not comment on this specific program, but said in a statement that “posting false reviews would be a violation of FTC law.”

“Companies shouldn’t pay scammers,” his statement said. “They should report fake reviews to the platform they were posted on, including evidence of communication with the scammers, to try and get them taken down.”

The FTC also encourages businesses to report incidents to the FTC at reportfraud.ftc.govtheir attorney general and the FBI’s Internet Crime Complaint Center at https://www.ic3.gov/.

It stands to reason that more positive reviews will boost business, and a 2017 study by a Harvard business professor found that for every additional star a restaurant earns on Yelp, revenue increases by 5% to 9%. And while customers are potentially wary of restaurants without any negative reviews, revenue begins to suffer once more than 35% of total reviews are negative, according to an analysis from 2019 rating data from 30,000 restaurants by marketing firm Womply, which also sells software to help businesses manage online ratings.

Over the years, review sites have added measures to guard against review flurries prompted by media coverage, accusations of racist behaviorWhere other reasons unrelated to a person’s personal experience with a company. Last year Google said so deleted 95 million reviews flagged as false, abusive or otherwise in violation of its policies, and disabled 1 million accounts for such activity.

But seeing the spike in bad reviews is still a disturbing experience, especially in such a precarious industry, restaurant owners said.

What to eat. What to watch. What you need to live your best life…now.

“As much as I wish it were different, people check reviews online before they dine,” Foss said Thursday.

He said he hoped the case would be resolved soon, but tried not to get too upset about it.

“It scares me a bit that scammers are thinking of extorting restaurants,” Foss said. “The last few years have been terrible for us.

Big screen or home broadcast, take-out or dine-in, Tribune’s writers are here to guide you to your next big experience. Sign up for your Free Weekly Eat. Look. Do. newsletter here.