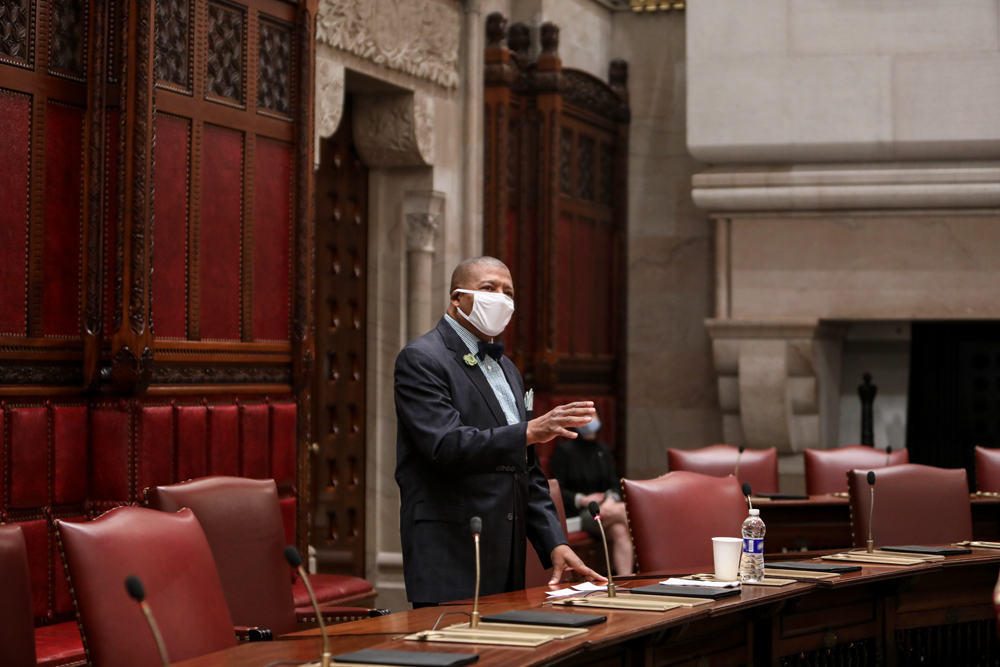 The legislature passed the new state budget, which is an increase of $8 billion from the previous fiscal year and $4 billion more than Governor Hochul originally proposed for a total of 220 .5 billion dollars. Higher-than-expected tax revenues and new federal funding from the various COVID relief programs enabled the budget increase. The final budget is 3% higher than last year’s budget.

Passed budget includes suspension of state gas tax, increased investment in child care, $800 million more than governor’s $350 million proposal for financially challenged hospitals and benefiting from a safety net, a take-out alcohol option for bars and restaurants that was used at the start of the COVID-19 pandemic, and many other provisions.

Senator Sanders said, “This budget is better than most and has many exciting improvements for residents and businesses across the 10and Senate District and for all New Yorkers. However, I believe that $600 million in state funding for a new Buffalo Bills stadium, the most generous taxpayer grant for a football stadium in NFL history, is a misplaced priority when many other more laudable needs go unmet.