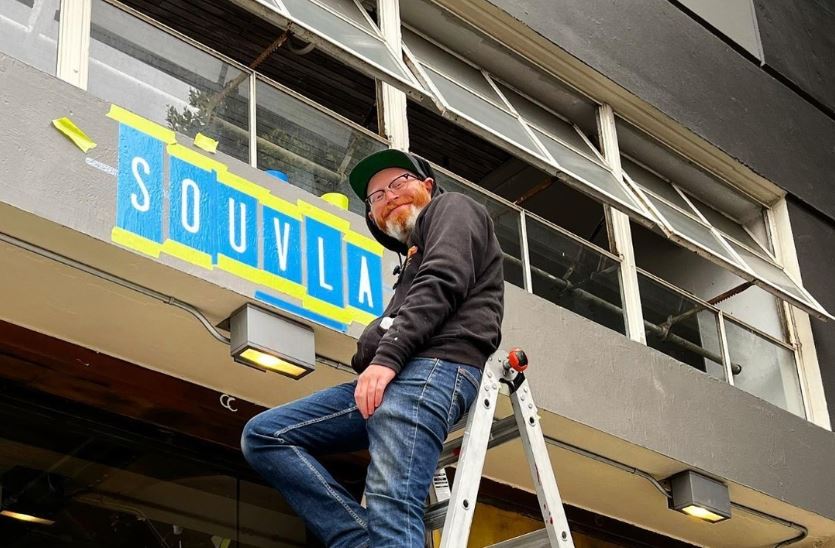 The hit Greek restaurant in San Francisco is about a month away from opening its biggest restaurant in town. Souvla has taken over the large space at 2505 Third Street in the Dogpatch. It is the site of the closed Magnolia Brewing Co., which closed earlier this year after Magnolia was acquired by New Belgium Brewing, as reported SFist.

According The Souvla website, the new location will open in mid-August – earlier reports had it opening in June. The opening will mark the fifth restaurant in San Francisco since its Hayes Valley location was established in 2014. A location in Marin is also expected to open shortly after the Dogpatch location, which was first reported by the SF Chronicle in March.

Souvla is known for its fast and casual menu of wraps and salads featuring chicken, pork and lamb, plus sides like Greek fries, but the Dogpatch’s menu would need to be a little bigger to fit. instead more spacious. The space has 60 seats, including a marble bar that seats 10 people. Like the other places in Souvla, Greek wine will always be in the spotlight, but the Dogpatch space will offer a larger selection of wines by the glass, such as Megas Oenos red wine. from Domaine Skouras which is only available by the bottle in other locations. CEO Charles Bililies, who also trains his employees on wines sold by Souvla, told the Chronicle that Megas Oenos is “literally the wine that put Greek wine on the international wine map about 20 years ago. There has always been this secondary objective behind Souvla to truly evangelize Greek wines.

The expanded menu hasn’t been released, but expect to see a new selection of bar snacks like spinach pies and plant-based “lamb” meatballs. The location should help the Dogpatch continue on its way to an upscale trend, thanks to the addition of other new businesses like Restoration Hardware and its proximity to Chase Center. Bililies calls it “one of the most exciting neighborhoods in San Francisco right now.”

How to avoid restaurant sickness this winter