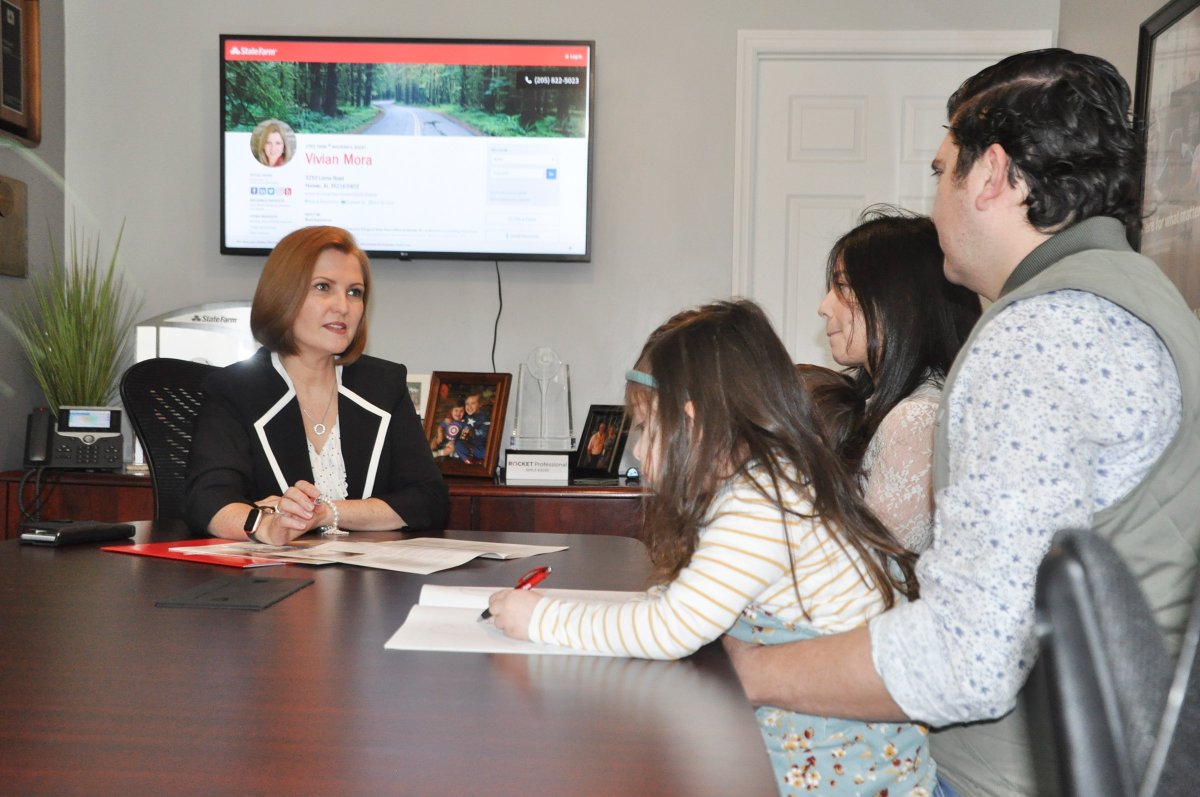 Vivian Mora has a long history of helping the Hispanic community in the Birmingham area.

His State Farm insurance agency, with offices in Hoover and Irondale, was honored late last year as Alabama’s small business of the year among companies with 11 to 50 employees.

Her outreach to minority communities has played a big part in her success since opening her branch on Lorna Road 13 years ago, she said.

Mora was born in Sao Paulo, Brazil to a Spanish father and a Danish-Yugoslavian mother and is fluent in English, Spanish and Portuguese.

She has spent more than 20 years teaching languages ​​and translating in Spain, Brazil and the United States. After moving to the Birmingham area in 2000, she co-hosted educational radio and television programs in Alabama, while opening bilingual positions for international business development and serving as a liaison with the Hispanic community for local governments and other agencies.

Both were active in the Birmingham Chamber of Commerce and Mora was elected President of the Hispanic Business Council for a two-year term and led educational conferences and workshops for Hispanic small businesses.

Her husband’s business thrived for around five years, but when the recession hit in 2007 and 2008 the business hit hard times, dropping from over 150 customers to around five and having to lay off 18 employees in two months , Mora said.

She and her husband spent most of their savings to cover bills, and they knew it was time to adjust their career plans.

Six months before Hola Latino’s collapse, a State Farm recruiter had approached Mora about becoming an insurance agent. When she contacted him again nearly a year later, the opportunity was still there.

Mora opened her own State Farm agency in Hoover in January 2009, and she and her husband moved to the Green Valley community near Star Lake.

Thirteen years later, Mora has grown the business to the point where his agency has helped over 5,000 families with protection plans that include auto insurance, home insurance, renter’s insurance, life insurance, disability insurance, home loans and refinancing, college funds and retirement. accounts.

In April 2020, she opened a second location in Irondale, where the couple previously lived. In 2020, despite the COVID-19 pandemic, her agency sold more than 3,000 new policies between the two locations, she said. Her office earned the State Farm President’s Club in the banking, health and life category, meaning her office was among the top 50 out of 19,000 agents in the country, she said.

Her agency specializes in helping Hispanic and Indian clients, she said. It has 10 employees in the Hoover office and eight in Irondale, 90% of whom are bilingual in languages ​​such as English, Spanish, Portuguese and Arabic.

Mora has been a member of the Hoover Area Chamber of Commerce since opening her insurance business in 2009 and was elected to the chamber’s board of directors in 2021.

She helps promote chamber events and initiatives to Hispanic and Latino business owners and has helped Hispanic restaurants participate in Hoover Restaurant Week.

Mora also serves on the board of the Community Foundation of Greater Birmingham and was previously a member of the Hispanic Interest Coalition of Alabama; a bilingual public information liaison for the Jefferson County Emergency Management Agency; program coordinator for the Alabama Latin American Society and bilingual program coordinator and conference facilitator for the Birmingham Pledge Foundation.

She is also a big supporter of community events, with her agency helping to sponsor nearly 50 events in the greater Birmingham area over the past two years.

Its Small Business of the Year award was given by the Business Council of Alabama and the Chamber of Commerce Association of Alabama.

Forty-five companies across the state were chosen as finalists and four were chosen as winners by out-of-state judges based on criteria including community involvement, chamber participation and business success.