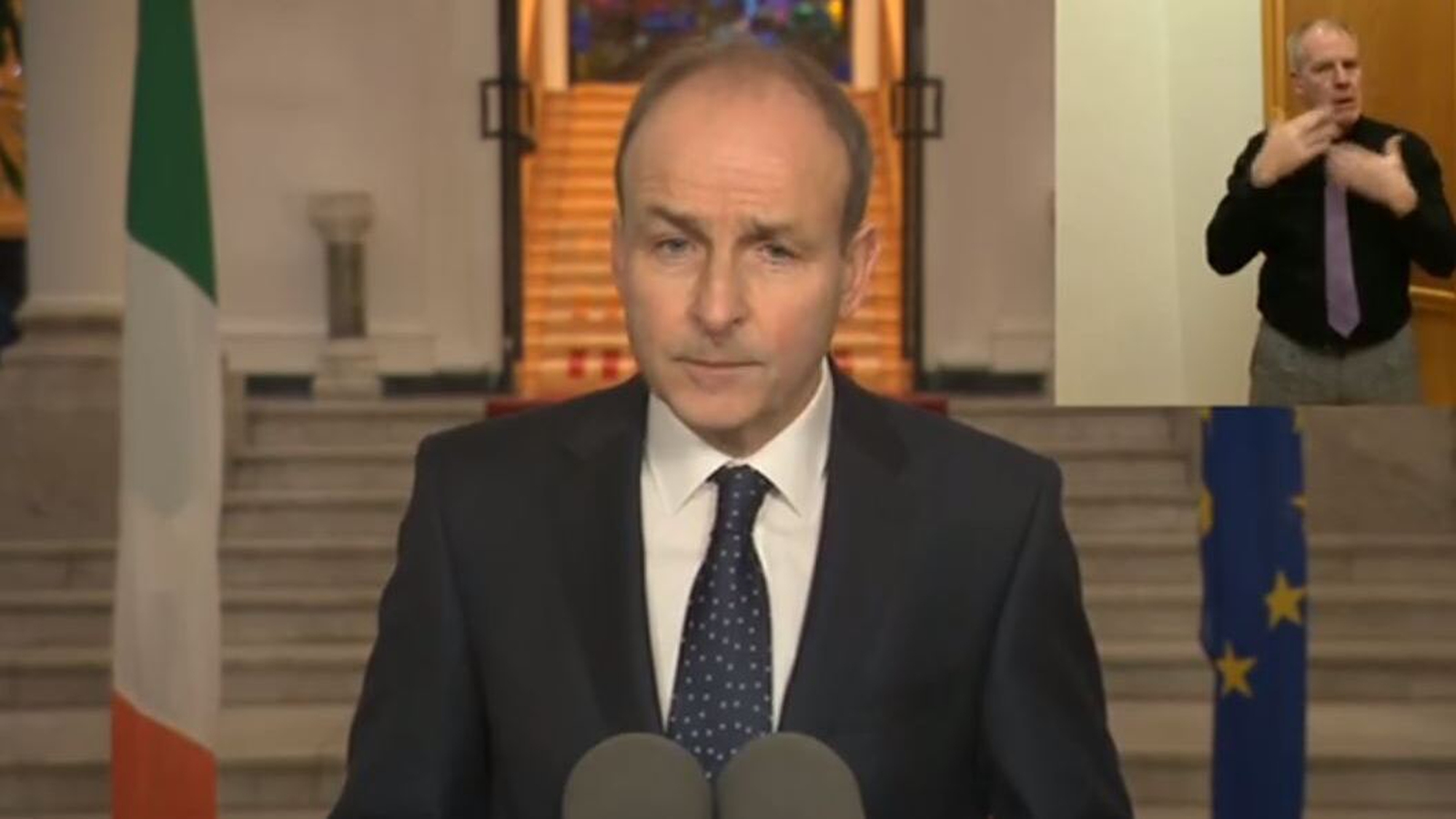 The Cabinet has agreed to put in place an 8 p.m. closing time for hospitality and live events, as well as other indoor venues such as cinemas and theaters, to curb the spread of Covid-19 during the Christmas period.

The national public health emergency team had recommended a closing time of 5 p.m.

Under measures agreed by the Cabinet, the number of spectators attending sporting events should be limited to 50% of capacity, to a maximum of 5,000 people.

Weddings are to be limited to 100 people and end at midnight, according to proposals approved by Cabinet, which finished meeting tonight.

There is no change to the authorized number of home visits, which will remain fixed at four households.

There are also no changes to domestic travel for the Christmas period.

Cabinet also agreed that the measures remain in place until January 30, but that date will be kept under review.

Taoiseach MicheÃ¡l Martin said tonight that, left unchecked, the new Omicron variant poses a serious threat to the healthcare system and all of society.

Speaking in a nationwide speech following the Cabinet measures deal, Martin said the variant “is now exploding across Europe”, adding that “it is here, it is is in our countryâ€¦ we are going to see a massive increase in infections â€.

â€œWe’re likely to see infections far greater than anything we’ve seen to date. It’s so bad,â€ he said.

He added: “The challenge we face is how to slow the increase in infection and how to keep it from getting out of hand.”

Senior government sources had expressed surprise at the scale of what was recommended, as early shutdowns for hospitality were not discussed on Tuesday when NPHET and the three party leaders met.

Some, including Barry Cowen, had called for a later closure at 9 or 10 p.m. Former Fine Gael Minister Michael Ring said it would be disastrous for the industry.

A group of Fianna FÃ¡il senators, led by Lisa Chambers, also said it was a step too far.

Ms Chambers said people will go to house parties if they are prevented from going to bars and restaurants. She said her colleagues at Seanad thought it would be best if people were in a regulated environment.

Ireland is also expected to stay aligned with the EU’s international travel policy, while schools remain on track to stay open until the Christmas holidays next week.

Responding to the measures, the Licensed Vintners Association said the 8pm closing time was “of no use to anyone.”

He said some in the area “would rather be officially closed than go with the cover-up lockdown.”

Earlier, the TÃ¡naiste said “Omicron comes when we are most vulnerable – winter, Christmas, flu season. It’s a cruel virus.”

In a tweet, Leo Varadkar said the 420 people hospitalized were “down 40% from the peak a few weeks ago.”

However, he said he understood the “anger, dismay and depression” of people, but that “could not prevent us from making the right decisions to keep our people safe.”

We all feel anger, frustration, dismay, depression, but that cannot stop us from making the right decisions to keep our people safe. #covid

Green Party Leader Eamon Ryan said there was a wave ahead and dealing with it was the “key thing.”

He added: “All international councils say that this new variant appears to be more transmissible and appears to be able to escape certain vaccines.”

Christmas needs to be planned with care, he said, adding that there is a need to give people some certainty about it.

Mr Ryan said the government will support all businesses that are most affected and will do what they have done to date – “protect lives and livelihoods”.

Representatives of the hotel industry said it would be devastating if the government heeded NPHET’s advice and ordered pubs and restaurants to close early.

They also said major financial supports would be needed for businesses to survive.

After Chase withdrew $ 28,000 from the restaurateur’s business account due to someone else’s court order, she has now got her money back – CBS Chicago