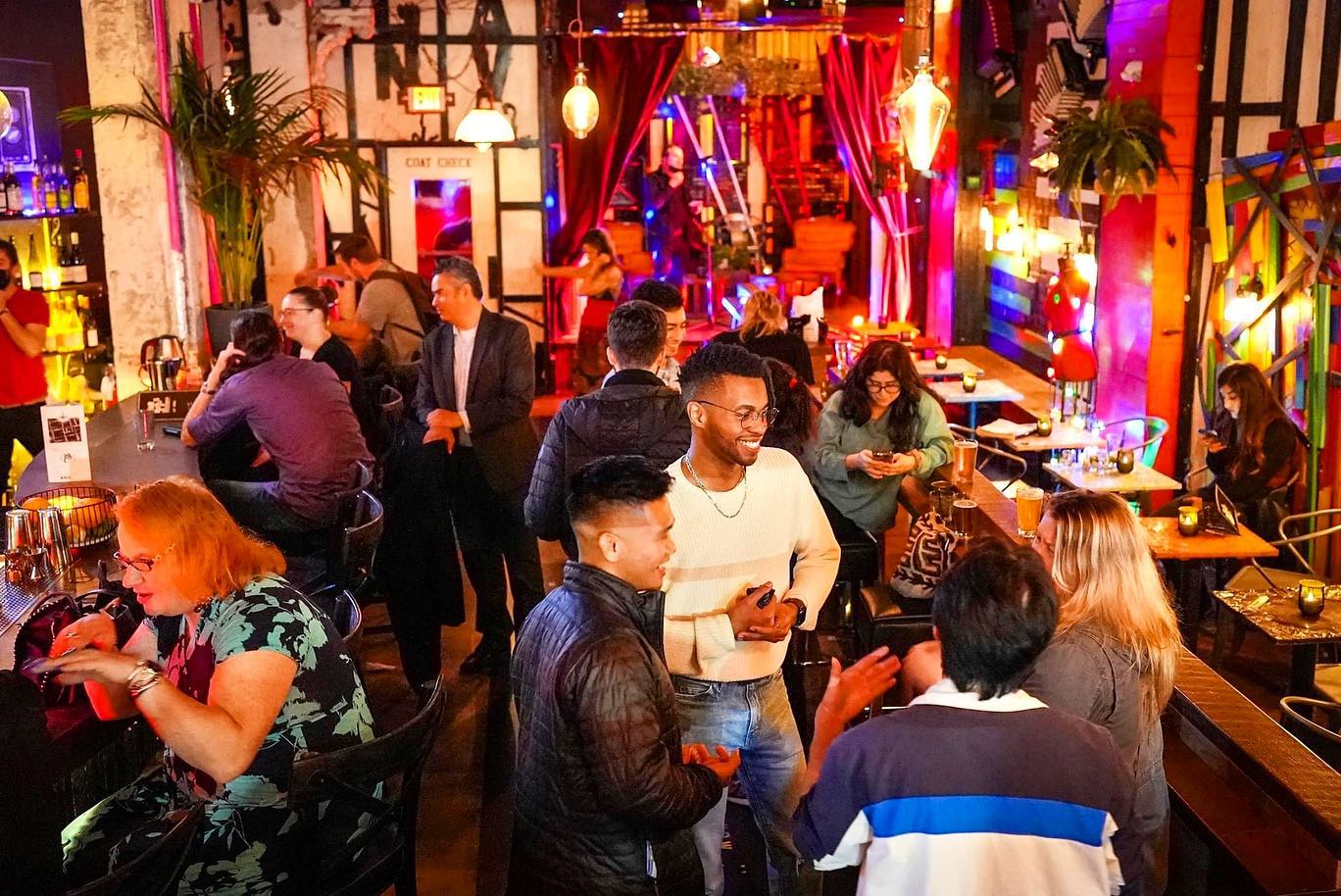 A San Francisco entrepreneur with extensive experience in restaurants, bars and nightlife appears to have two new ventures in the works. Eric Passetti, the co-founder of the former Trocadero Club in the Tenderloin along with Café Terminus and House of Shields in the Financial District, and Natoma Cabana in SoMa, is now apparently trying to replace Bar Fluxus, at the back of the Hotel des Arts (447 Bush Street) at the edge of the Union Square/Financial District divide. (Bar Fluxus has not, at press time, announced its closure.)

the San Francisco Business Times spotted a liquor license for a new bar that Passetti has applied for, which will be called Harlan Records – as well as a second license for a new pizzeria across Market Street.

The entrance to Harlan Records would likely be in Harlan Alley, the space currently occupied by Bar Fluxus, an artsy hangout that can accommodate 176 guests. It opened to much fanfare in 2016, as Hoodline reports. The quirky and creative cocktail menu quickly gained notoriety the following year after winning awards at a SF Weekly poll for the best cocktail and the best cocktail bar in town. The SF Business Times has not yet received any comments from Hotel des Arts or Bar Fluxus.

The SF Business Times also reports that Passetti is taking another location, the former Jersey Pizza restaurant at 145 Second Street, with Lane Ford listed as a business partner on the liquor license application. That new business is Pie Punks, and Jersey has remained closed for much of the pandemic, having been opened seven years ago by the team behind the town hall.

Passetti and Ford haven’t spoken about the Pie Punks plans yet, but the liquor license application is a Type 47, which is for full liquor in restaurants only. Stay tuned for updates on these two new establishments as we learn more.

Hamburg’s Villa Viva becomes a place for meetings and networking