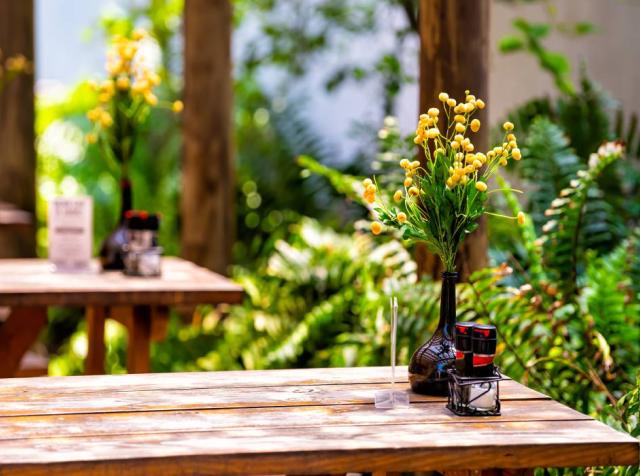 Whether or not that will be additional federal aid for restaurants is anyone’s guess at this point. The SBA confirmed in early August that it was working with the Department of Justice to distribute $180 million in Restaurant Revitalization Fund awards.

About a week later, more than 70 members of Congress, led by Sen. Catherin Cortez Masto and Rep. Earl Blumenauer, wrote a letter to SBA Administrator Isabel Guzman asking for the grants to be released immediately. “While $180 million is a small amount compared to the total amount needed to replenish the RRF, it will impact some restaurants that are now eligible to receive subsidies,” said Sean Kennedy, executive vice president of public affairs at the National Restaurant Association. statement. “We hope SBA will have answers soon for local restaurants who are waiting for more information.”

This all stems from a July report titled “Restaurant Revitalization Fund: Opportunities Exist for Improved Oversight,” which was released by the Government Accountability Office. The report stated that as of June 2022, $180 million of RRF funding remains uncommitted. For Kennedy, that doesn’t measure up to the 177,000 restaurants that applied to the original program but didn’t receive an award. But it’s better than zero.

“We are writing to request that the Small Business Administration immediately allocate Restaurant Revitalization Fund funding to eligible applicants and specifically prioritize one of the approximately 7,000 applicants who received grants in 2021, but were unable to receive funding,” the letter shared. .

Additionally, he urged the SBA to take action to recover funds that were awarded to ineligible applicants, were fraudulently accepted, or could otherwise be returned. An example given was in the GAO report. He noted that the SBA does not require recipients to declare their operating status, despite the law requiring businesses that permanently close to return unused funds to the SBA.

The SBA itself identified potentially ineligible recipients, the letter says, such as clubs and hotels that did not meet statutory eligibility criteria. “Money recovered from fraudulent and ineligible businesses can then be used to help fund the many businesses that were unable to receive grants. We urge you to take action on this and provide us with information details on the amount of funding that can be recovered as well as the SBA’s progress in this regard,” the letter continued.

In the meantime, Terracina Maxwell, president and co-founder of Clarus Solutions, says restaurants can still take advantage of tax credits and incentive programs. It remains an underused option – about two-thirds of business owners are not, the company estimated.

Maxwell chatted with FSR on what’s out there, namely the employee retention tax credit, and why some of the incentives at hand are too good for restaurants to pass up.

Tell us about some of the tax incentive programs available to restaurants at this point.

Restaurants employ many entry-level workers and provide jobs and an extremely important training ground in the US economy. As such Congress periodically directs tax incentive programs to the industry, currently there are three significant programs:

FIA tip credit: Encourages employers to report tipping earnings to their staff as taxable. Equal to…

Work Opportunity Tax Credit (WOTC): Encourages employers to hire from nine different worker populations who have barriers to entering the labor market. Can represent up to 40% of salaries paid to employees subject to a ceiling

Employee Retention Tax Credit (ERTC): As part of Congress’ response to COVID, this program encouraged employers to continue paying workers even during times when their business was significantly down or otherwise affected by government orders. or start a new business or enterprise. Can reach $5,000 per employee in 2020 and $7,000 per employee per quarter in 2021.

Let’s elaborate on the ERTC. It’s popped up a lot over the past two years, but it still feels like an underutilized resource. Why do you think that’s the case, and how can operators make sure they’re not missing anything?

Unlike the PPP, there is no limit on the funds allocated to this program, which I suppose allows employers to access the program at a more leisurely pace since they do not have to worry about the funds running out. funds. It also has eligibility and calculation requirements some of which can be difficult to understand, we talk to restaurants all the time who are unsure if they are eligible (most clearly).

What other steps can restaurants take today to navigate the current climate?

First, the statute of limitations for claiming the employee retention tax credit will begin to run July 31, 2023, so if you haven’t assessed your eligibility for the program, do so well before that date so that you can get your claim. Many vendors are in arrears and the process may take some time. The FICA tip credit should be reviewed each year-end to see if you qualify. WOTC is a great program that has become much easier to administer with the advent of electronic screening, if you haven’t assessed what this program means to you, Here is a calculator that can help you gauge how much it can help you.

What do you think of possible additional federal aid? Does that seem realistic to you at this point?

Given the inflationary pressures, I doubt that any meaningful expansions or enhancements to these employment-based tax credit programs will occur in the near future. In fact, Congress terminated two or three eligibility categories early on September 30, 2021, although they were originally scheduled to continue until December 31, 2021.

Anything else operators need to know about programs and incentives?

Tax incentives were used almost exclusively by large corporate taxpayers, in today’s post-COVID world they are available and important to a much wider group of employers, be sure you have assessed the extent to which they could potentially help your business so that you don’t lose a competitive edge. An easy way to find out is to use companies like ours who specialize in this area.