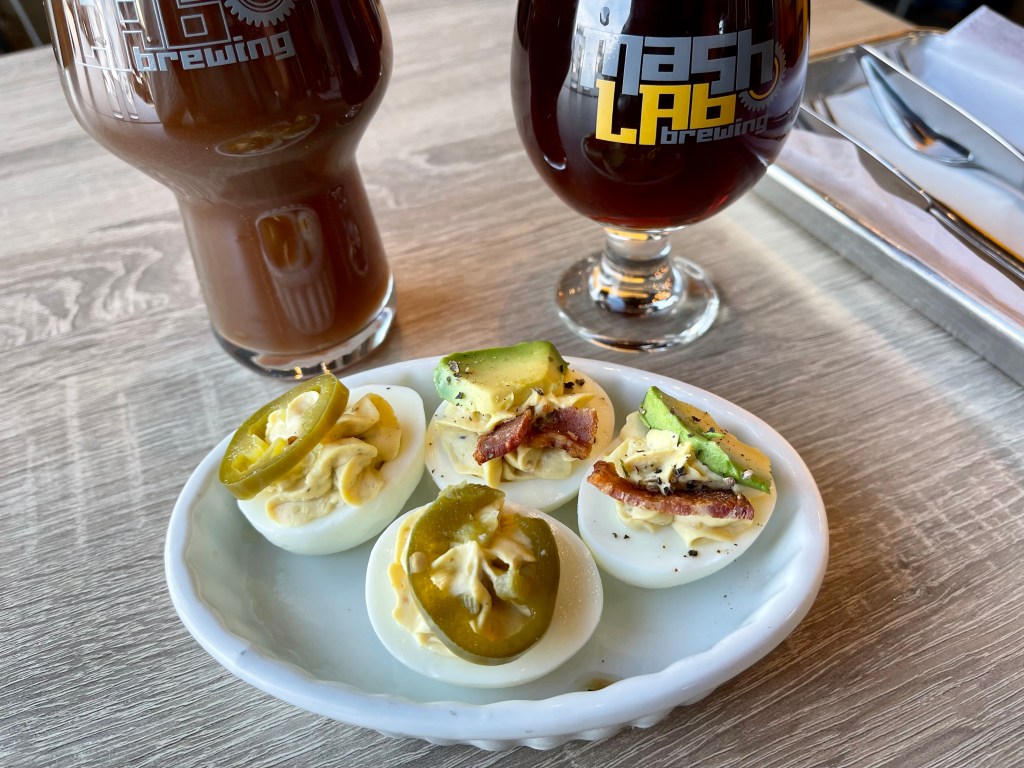 The partnership between slick hot rods and beer has undeniable appeal. There’s something about looking at a shiny car that instantly evokes the desire for a big, cool car.

That’s why when Eric “Pinkee” Peratt told his wife, Cristin, how cool it would be to have a brewhouse in front of a glass wall inside his world-renowned Windsor hot rod shop. nationally so people could sit back, sip and watch the cars being detailed and crafted, she knew it was a done deal.

Pinkee Fishing Rod Store – named after Eric’s nickname in college because it was the late 80s when everyone was preppy and it was the thing to wear a pink polo shirt with the collar popped up – has been in business since 1998. In addition to automotive details, Pinkee builds nostalgic hot rods, classic custom cruisers and extreme muscle cars. The area in front which has been transformed into a brasserie was previously a space where freshly painted cars were assembled. After getting a paint booth, they didn’t need the space, so Eric’s thoughts drifted to beer.

“We don’t know anything about brewing, but we can hire a brewer,” Cristin Peratt recalled of the conversation with her husband. “Every time he says something, I know it’s already done in his head.”

They opened Mash Lab Brewing in December 2016 and has been growing steadily. When the land next to Pinkee’s and Mash Lab became available, the couple, along with partners Jason and Heather Boockholdt, made the dream of a separate brewing-only facility a reality in June 2020.

Pinkee’s and the new brewing facility are not physically connected, but a patio connects the buildings. There are also fire pits and a place to play corn hole.

The new facility is a far cry from a car shop. But it captures the mechanics that inspired the company, and the dizzying heights of the new space, open kitchen and bar have automotive design underpinnings.

“The idea was to keep it fun and playful; we kept the automotive theme without being too gimmicky. We have some of these items with an industrial feel,” said Cristin Peratt.

Initially, the aim was to create a spacious home for the brewery, but after bringing in a chef, Peratt admitted it had become a restaurant. They also offer wine and cocktails on the menu alongside Mash Lab’s craft brewed beers.

“For growth, we were trapped without having a restaurant. It was hard to book food trucks — they were unreliable, they broke down a lot — so it’s good not to have to worry,” she said.

The Peratts brought in chef Rob Comusso, who had started out with the company that ran one of the Mash Lab food trucks. Comusso has worked in the food industry for 30 years, from a five-star country club to his start in what he says is a ‘fat spoon’, The Evergreen Cafe, a family restaurant owned by his aunt for nearly 30 years.

Comusso’s favorite food to make is comfort or homestyle, and there’s plenty to do on Mash Lab’s menu. Even so, his foodie background shows in the jalapeño-marinated lime notes of one of the deviled egg options in a flight of four and the precise layers of flavor he builds on a burger at double patty with bacon and fig jam, Anaheim peppers and crumbled feta.

For a brasserie, the menu is extensive. Look for a range of sandwiches, including grilled or blackened chicken wraps and a house-smoked salmon BLT. Crispy – that is, not wilted – grilled vegetables are a frequent ingredient – ​​you’ll find them tucked into the veggie grilled cheese sandwich and tossed into salads.

Food and beer pairings hadn’t been a focus, but Peratt said it was something they were considering more. For now, Mash Lab beers are used to make soups and sauces, like homemade jus for the hot roast beef sandwich and barbecue sauce for pulled pork.

In case you miss the old days at Pinkee – the days when you could lean your nose against the glass and longingly watch the beautiful cars being prepped and polished – this space is available for private events.

There is also an upstairs mezzanine in the new building called The Lift. It’s outfitted with sofas and a TV, making it a great place to sit and take in the car-themed decor while sipping a Bombshell, a roasted Red Irish Ale with hints of chocolate, or for American IPA lovers, try the Passing Lane with a honeyed sweetness from crystal malt and a strawberry melon finish.

But if you’re there for the cars, there are small car shows throughout the summer and mark your calendar for the Goodguys Rod & Custom Show in September. Mash Lab has been hosting its launch party for years. There will be food and beer stations – and lots of shiny cars.

If you are going to: