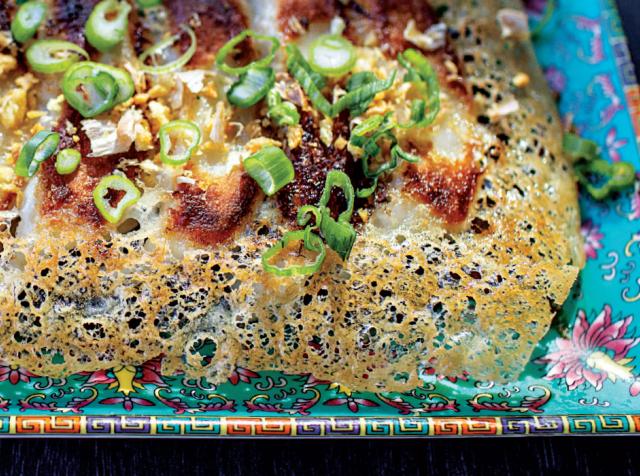 When chef Nick Bognar visits his family in Thailand, one of his favorite things to do is to go with his uncle to explore the many offerings at the food stalls and carts that line Bangkok’s markets.

“He knows all the best places in Bangkok,” says Bognar. “He knows I like to eat.”

Bognar is the owner and chef of iNDO, a Southeast Asian restaurant in St. Louis. iNDO was named one of the best restaurants in the country by QG in 2020, and it was included in Food & WineThe 2020 list of the best new chefs.

The chef expects to see certain ingredients on menus during his visits to Thailand, and in particular certain meats. Pork and chicken are the most common, he says, and some proteins popular in the United States don’t get as much attention overseas.

“The beef is definitely in the back seat there,” he says. “I usually eat a lot of pork and chicken.”

Bognar adds that chicken and pork are used more frequently in part because of the ubiquitous nature of the ingredients. You’re more likely to find pigs and chickens than cattle on Southeast Asian farms, he says.

The cuts of meat found throughout the region are also different, he adds. When it comes to pork, pork cuts are generally fattier than their American counterparts. Chickens are smaller in Thailand and surrounding areas compared to those found in the United States

Another difference is that Southeast Asian cuisine typically uses the whole animal, a practice not as common in the United States, the chef says. He explains that’s why dishes like curried chicken breast satays appear on menus in the United States, but less so in their home countries. By contrast, Thailand and other countries feature a seemingly endless array of food carts and stalls serving up items like chicken heart skewers and crispy chicken skins with the aim of utilizing every part of the food. ‘animal.

At iNDO, menu items like fried baby back ribs (glazed in palm sugar and topped with candied walnuts) pay homage to South Asian and American cultural preferences. The ribs are prepared with traditional flavors, such as lemongrass, galangal and fish sauce, while using a popular Midwestern cut to appeal to American palates.

“The ribs are St. Louis ribs, and we do them in a very Thai way,” he says, adding that in Thailand, it’s more common to see chicken wings or grilled chicken — not the beef – prepared in this style.

“My menu strategy has always been to start where the customer feels comfortable,” he says. “So let’s try pushing that a bit.”

Another dish that showcases the most popular meats is iNDO’s gyoza appetizer. The dumplings are stuffed with pork, chicken and come with sweet soy and fried garlic.

Bognar thinks American menus will start to look more like their foreign counterparts for a number of reasons, primarily rising food prices, but also a more adventurous clientele.

“I feel like I’m seeing less chicken breast on the menu than I did five years ago,” he says. “I’m seeing more half-chicken preparations, which is better because you’re using the whole chicken. … Everything is more expensive, so we have to be smart to use as much as possible and reduce waste.

“I’ve seen some pretty cool preparations using cuts of pork that I haven’t seen in restaurants here, cuts like a pork chop,” he says. “All of this will increase a little more.”

Michael McHenry, founder of parent company The McHenry Group, explains that one of the reasons he likes to include pork on the Ginger Street menu is that it can be used in so many ways, which also translates to less waste.

“Pork has such variety from top to bottom, side to side,” he says. “We use ground pork, pork belly, braised pork, it’s important to us. There are so many opportunities to cross-use protein on this menu. »

Indeed, pork appears in several items, including Wok-Barbecue Pork Ribs, which are tossed in a sticky sauce and served with herbs, chili-fried peanuts, and kimchi.

Similarly, McHenry says chicken is also a great protein to feature on the menu from an operator’s perspective because it’s easy to prepare and generally a crowd pleaser.

And while McHenry is excited about the increase in plant-based dishes in Southeast Asian cuisine, he anticipates menus will expand post-COVID to incorporate even more chicken and pork products. .

“You’re going to continue to see more and more of these accessible proteins,” he says. “Menus will no longer be as restricted as they have been for the past two years. This type of cuisine is timeless, progressive and relevant. It’s a hot trend.